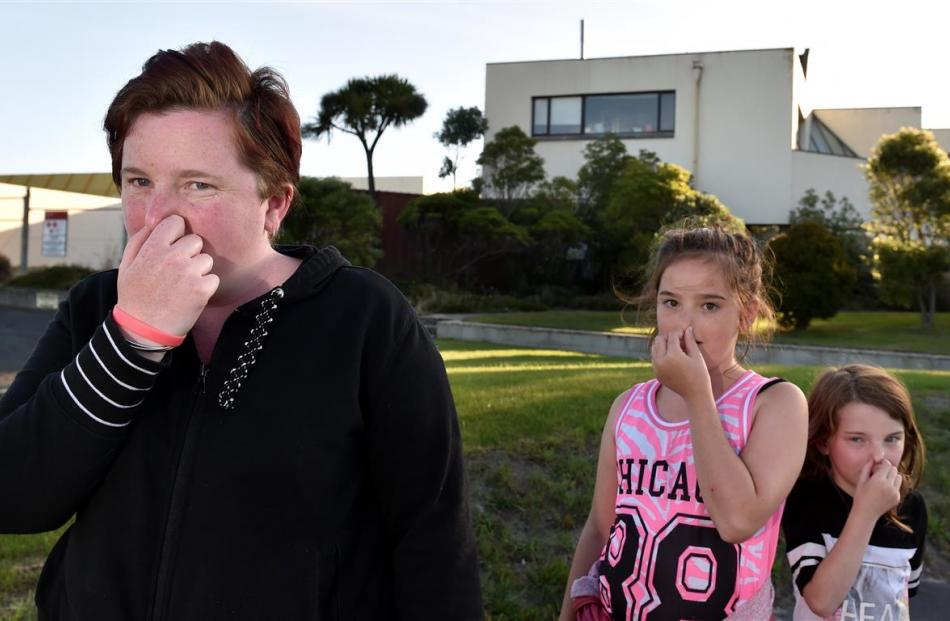 Rochelle Bradshaw and her children, Myah Bradshaw (11) and Tori Blewden (8), say the smell coming from the Tahuna wastewater treatment plant is 'repulsive'. Photo by Peter McIntosh.

It's back. The bad smell emanating from the Tahuna wastewater treatment plant has returned "with a vengeance'', a resident says. 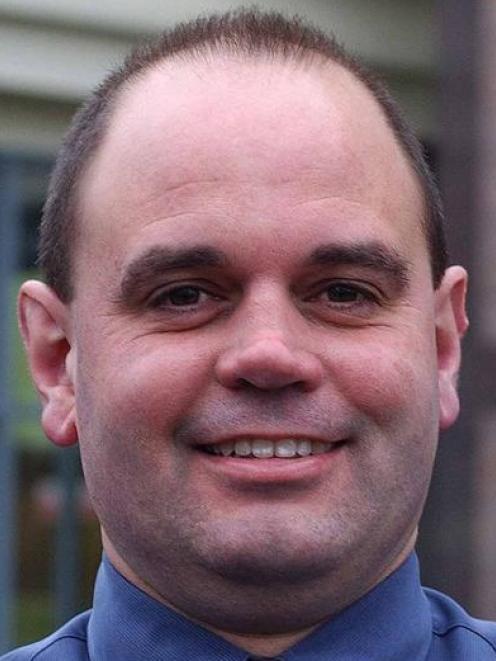 "It doesn't make any sense,'' he said last night.

"As of this morning, I thought we were on top of it ... there's obviously something else going on that we haven't figured out just yet.''

Resident Sandra McCullough, who last week described the odour as vomit-inducing, said it had finally gone away by late Saturday afternoon.

But when she came home for lunch yesterday, there was a faint smell. And by last night, she said, it was just as strong as it was last week.

"At lunchtime, I thought, [I'll give it the] benefit of the doubt,'' she said yesterday.

"But getting home tonight, it's just horrendous.''

About 7.30pm last night, a strong southerly wind was blowing through the neighbourhood, and a faint smell of rotting eggs was fading away.

She had noticed the smell coming and going regularly over the six years she had lived in Tahuna Rd opposite the plant.

Until last week, the situation seemed to be getting better.

Rochelle Bradshaw, who also lives in Tahuna Rd, said the smell was consistently "repulsive'', although it was especially bad last week.

Her daughter Myah Bradshaw (11) is a pupil at Tahuna Normal Intermediate School, just down the road from the plant. And she had noticed the stench, too.

"You walk out of the classrooms and all you smell is poo,'' she said.

Nonetheless, Ms Bradshaw said she had never complained to the DCC about the smell.

Before the smell came back in full force yesterday, Mr Henderson had speculated it was caused by odour-blocking bacteria dying off.

Workers had cleaned out drains at pipes at the plant, and it seemed as if bacteria levels were returning to normal, he said.

But now, nothing was making sense.

"Normally, biofilters don't act like this. Normally, they're either working or they're not,'' he said.

"We've done everything we can think of to try to sort out what we thought the problem was.''

A worker was on site last night trying to figure out what was going on, and Mr Henderson said a full team would be there this morning.

He could not give a time frame for fixing the problem without knowing the cause.

"All I can do is apologise. It's not like it's anything mechanical; it's not anything where we can just buy a new one and stick it in.

"I thought we had it fixed this morning, and obviously it's come back again. All we can do is try to figure out why it was fine for most of the day and then went bad.''