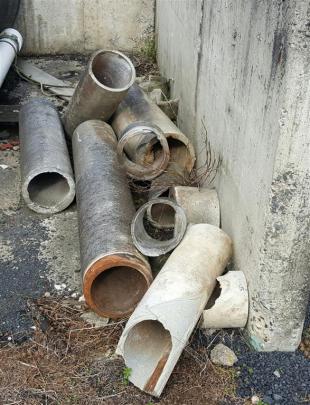 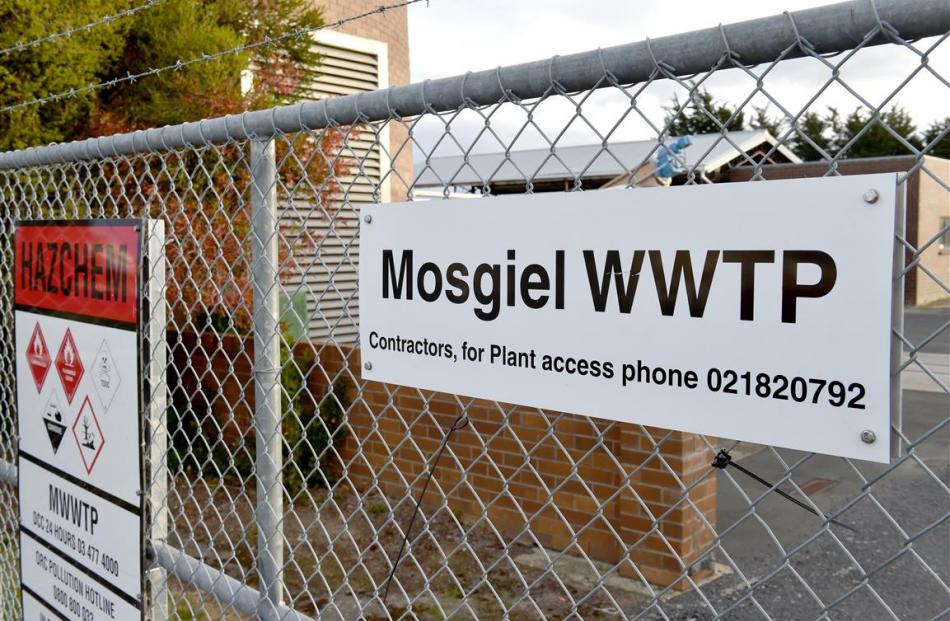 A union says the public could easily have been exposed to cut and broken asbestos pipes left unsecured in a sometimes unattended Mosgiel yard.

The Amalgamated Workers Union (AWU) said the pipes at the Dunedin City Council's Mosgiel wastewater treatment plant were not in a safe state and could have been accessed by children in the residential street.

But the Dunedin City Council, which had the pipes removed yesterday, said they were on private property, and any member of the public who went near them would "clearly be trespassing''.

Council water and waste group manager Laura McElhone said there had been no suggestion members of the public had trespassed or disturbed the pipes.

AWU representative Stephen Scandrett said the union had been asking the council to "respond correctly'' to legislation relating to asbestos.

The council transferred its installation, maintenance and disposal of asbestos to Christchurch-based contractor City Care more than two years ago.

But at the Carlyle Rd site, a "largely unattended and easily accessible'' council yard, there had been no visible attempt to remove asbestos lying in the open.

There were lengths of pipe, part lengths, and cut and broken sections on the ground and over a fence in nearby paddocks.

"In fact, this asbestos for many years has been in an open-gated yard during work hours,'' Mr Scandrett said.

The fact the council had employed certified asbestos removers Salmac Insulation showed the matter was serious.

The union congratulated the council for dealing with its asbestos after many years.

But it hoped the council had advised residents of Carlyle Rd of the work to remove the material, and given them the opportunity to remove themselves while the process took place.

Dr McElhone said residents were not informed "as the work does not pose any risk to them''.

"All of the contractors' health and safety procedures focus on preventing any fibre material from becoming airborne, and keeping the material contained.''

While the work was being done, appropriate warnings and barriers were in place to ensure nobody entered the work area.

She said the paddocks involved were council-owned.

"They are not leased to anyone, but occasionally used by our animal control staff when they need a temporary home for a large animal.''

Dr McElhone said the pipes had been stored in an open-air area on council property.

"This is not an area when any authorised visitors to the site would generally need to go.

"The main gate is sometimes left unlocked during normal hours when the site is not manned.

"However, any member of the public in the area in question would clearly be trespassing.

"They would also need to come into close contact with a broken area of the pipe for there to be any risk.''

Dr McElhone said the council had not put asbestos pipes into the ground for about 20 years, either for installation or repair.

"When we repair existing pipes the replacement sections are plastic.''

That had been the practice for "many years''.

She said a new manager at the Carlyle St depot had identified a need for "general housekeeping and site tidiness''.

Council staff did not have the training to move them, and rather than training staff for one job, it was decided to get specialists from outside the council to do that.

"As there is some potential for fibres to be released when the pipes are disturbed for disposal, we have engaged a contractor with full asbestos removal certification to ensure that the work is completed safely and appropriately.''