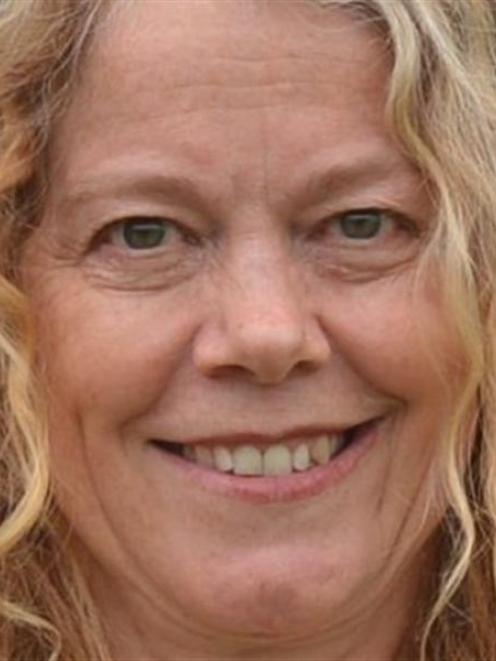 Hilary Calvert.
An accusation of an ''ambush'' over finances tested tempers as the Dunedin City Council's long-term plan hearing process concluded yesterday with provisional confirmation of a 3.8% rates rise.

Councillors also approved a debt limit of $230 million by 2021, and got through the last individual proposals in the long-term plan.

Ms Calvert withdrew the remark, but said her concern about the way the $2 million of interest underspend had suddenly appeared earlier in the week had been misinterpreted.

The day the underspend was revealed, $1 million of it was approved for cricket lights at the University Oval.

Mr Cull said the remark had not been misinterpreted, and that was why he had ordered her to withdraw the comment.

Cr David Benson-Pope said an order to withdraw a comment meant doing so without trying to explain it.

Earlier, Cr Calvert said the long-term plan process had been characterised by ''finding different piles of money under strange places''.

She believed the council needed to be consistent in how it financed projects.

The process had turned into a ''financial shambles''.

Councillors approved the long-term plan's proposal to cap rates rises at 3% other than in exceptional circumstances, with the coming year deemed exceptional because of a different way of funding Forsyth Barr Stadium and reduced income from Dunedin City Holdings Ltd.

Cr Calvert was concerned the 3% cap would be breached in an additional six years of the 10-year plan.

She said the council needed to be candid with the public about the savings assumptions underpinning the projected rates rises.

Mr Cull said he believed projected rates rises should be expressed in a more ''sophisticated'' way to distinguish between inflation increases and allowance for new spending.

Cr Lee Vandervis opposed the 3% increases, saying they were based on a local government cost increase index that was much higher than the consumer price index.

It meant rates were getting more out of kilter with what people could afford. Cr Vandervis said council staffing numbers needed to be cut and the council should be run like a business, prompting Mr Cull to tell him to stick to the topic of rates increases, as his broader views were well known.

Urgent action was needed to reduce debt. Lines company Aurora Energy and infrastructure company Delta should be restructured and prepared for sale, while cutting rights to city forests should be sold for a ''generation or two'', Cr Vandervis said.

Otherwise the city was encumbered with an ''enormously fat debilitating monkey'' of debt, with interest payments heading to overseas banks.

Mr Cull said claims debt was not reducing misrepresented the situation. Net debt would reduce by $11 million in the next year, with more years to follow.

Council staff had identified $333,600 in savings, which had been approved for spending on new projects with a $25,800 overspend.

The overspend did not push up the 3.8% rates rise.

Mr Cull said the rates rise was what the council projected from the start.

He was ''delighted'' it now included new spending using the identified savings, which he had not been optimistic about at the start.

It was vital to invest in the city as well as constrain spending and he was confident the council was achieving both.

Mr Cull said submissions had been particularly constructive this year, a contrast to the ''litany of complaint'' put forth in previous years.

Crs Calvert and Vandervis opposed a resolution that amendments to the long-term plan be incorporated into the final long-term plan for adoption in June.