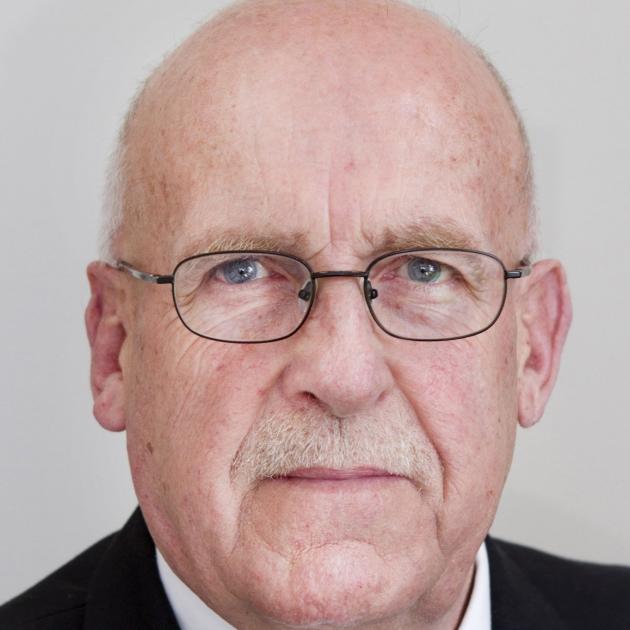 David Benson-Pope
Dunedin officials got a climate change briefing yesterday from an unlikely source: students at the University of Otago.

The students, who were enrolled in a summer course titled Climate Change and Law, had researched Dunedin's action on climate change from a variety of fronts, including renewable energy, the landfill and flooding.

The first presentation was about transport and, in particular, cycleways.

‘‘Dunedinites are massively reliant on their cars.‘‘Instead of prioritising cars, we have to prioritise other means of transport - like cycling.''

Mr Wilkins suggested all the funding earmarked for cycle infrastructure should be put towards developing separated cycleways.

He said the South Dunedin cycle network, which has been plagued by setbacks, was a ‘‘mish-mash'' of different strategies.

Building separated cycleways throughout the South Dunedin network would be a better idea, Mr Wilkins suggested.

One student, speaking about changes to New Zealand's emissions trading scheme, delivered her speech in rhyme.

After the students had finished, the three council members offered their responses.

Mr Cull said his response would be ‘‘stream of consciousness stuff'' because he had not had a chance to take notes or prepare this thoughts.

But, in general, he agreed with everything the students had said.

In particular, he agreed with one presenter who had pointed out the importance of public education in South Dunedin, considering the extent to which it was at risk of flooding.

‘‘We need to get our community on board and get a shared understanding of what's going on there,'' Mr Cull said.

Cr Benson-Pope said there was nothing in the presentations ‘‘that's not on the table with the local authority''.

Still, he suggested his fellow councillors ‘‘might benefit more'' from hearing the students' presentations than he, Cr Hawkins, and Mr Cull.

Cr Hawkins agreed with most of what Mr Cull and Cr Benson-Pope had said.

Local and central government action on climate change was important, but change would also have to come from the populace.

The legislative and infrastructural changes that formed the bulk of the students' presentations could not make the necessary difference on their own, Cr Hawkins said.

‘‘We can't pretend we can continue to live how we lived for the past 50 years, and put up solar panels and parks and it'll be fine.''