Couple not deterred by Bangkok bomb 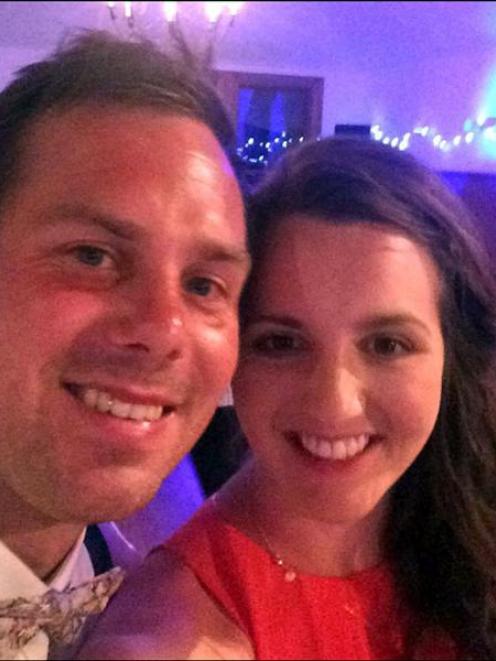 Georgina Guthrie (25) and her boyfriend Andy Callendar (26), who are holidaying in Asia, ate lunch at the Erawan shrine in the Thai capital just hours before a bomb exploded there, killing more than 20 people.

Nearly half of the 22 killed were foreign tourists,  Reuters has reported.

Miss Guthrie said she and Mr Callendar were about 2km away, at the rooftop pool of a hotel where their friends were staying, at the time of the explosion She said they were told nothing by authorities or hotel staff.

''We got a text message about 20 minutes after from a friend in Hong Kong and googled it, and [the blast] was exactly where we were today for lunch,'' she said.

Miss Guthrie and Mr Callendar did not see or feel anything at the time of the explosion, about 7pm (local time), and it initially appeared to be business as usual after the blast, she said.

''We drove past [the site] several times on the way to activities and it was packed full of people praying every time. But so far, it appears like nothing ever happened,'' she said about 3pm yesterday (NZ time).

However, several shops were closed and malls were quiet near the site when the pair went for a walk yesterday morning.

Miss Guthrie said she and Mr Callendar, and the two friends they were travelling with, had not been put off by the attack.

''We're not worried but we're not venturing out too far today.''

Miss Guthrie and Mr Callendar have been living in South Australia for the past three years but will return home to Dunedin after their holiday, in about two months.

a Ministry of Foreign Affairs and Trade spokesman confirmed this morning that no New Zealanders were injured or killed in the explosion.

"The New Zealand Embassy in Bangkok continues to seek information on the nationalities of victims and casualties from the explosion at the Erawan Shrine in central Bangkok."

There are 508 New Zealanders registered on the Government's SafeTravel website as being in Thailand.

• People with concerns about family members in Bangkok are encouraged to try to contact them in the fist instance. MFAT has also set up a telephone number: +64 4 439 8000 for those with ongoing worries.

Travel agencies are reporting business as usual following the attack. A Flight Centre spokesman said it had about 130 people from Otago and the surrounding area due to travel to Thailand in the next seven days.

The agency had received no cancellations or postponements yesterday.

''We are closely monitoring the situation and working with those customers who might be affected or concerned about travelling to Bangkok,'' the spokesman said.

A spokesman for STA Travel's Dunedin store said travellers should refer to the Government's SafeTravel website before going to Thailand.

The website advised there was ''some risk'' to travellers' safety in Thailand due to ongoing political tension and civil unrest.

There remained a high risk in the southernmost provinces of Narathiwat, Yala, Pattani and Songkhla, and along the Cambodia and Myanmar borders.

The STA store, as well as Brooker United Travel Dunedin and House of Travel Dunedin, all reported no cancellations or postponements of flights because of the attack.