The restoration of Dunedin’s historic courthouse will start next month after the announcement today of the contractors who will undertake the work.

Work will start early next month and is expected to finish in December 2017.

“Dunedin’s courthouse is not only one of the most notable historic buildings in New Zealand but a centrepiece of the city’s rich cultural heritage. Despite the project’s complexity, the Government has committed a significant investment to restoring this historic courthouse to its former glory,” Ms Adams said.

“We have set aside up to $20 million as part of Budget 2016 to strengthen the building to 60-70 percent of the New Building Standard and to put in place new technology and audio-visual capabilities, enhance security and CCTV coverage, and make the registry area more customer friendly.

“The decision to restore the courthouse acknowledges its historic importance to the people of Dunedin and its significance to Dunedin’s legal fraternity.

“It’s great to see a local contractor taking on this work, which will generate jobs in the community and benefit the local economy.”

Court services will continue to be delivered from the current locations at 184 High Street and John Wickliffe House until the historic courthouse reopens.

“I’m sure the people of Dunedin, and particularly the local legal community, will continue to passionately support this project as we look forward to services returning to the courthouse in early 2018,” Ms Adams said. 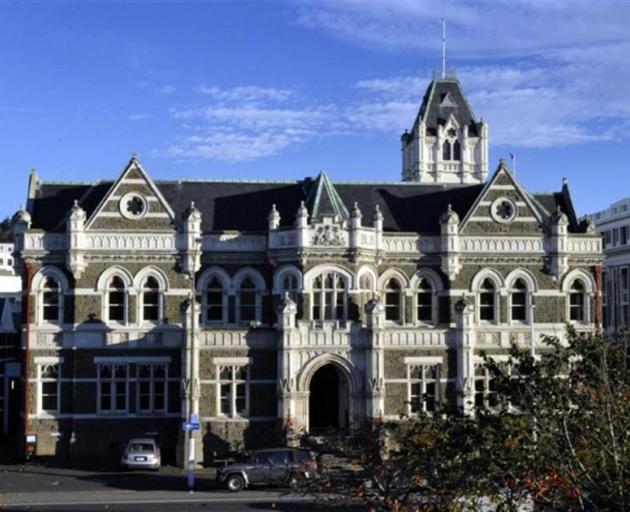 Work on restoring the courthouse is set to begin next month. Photo ODT
1 Comment