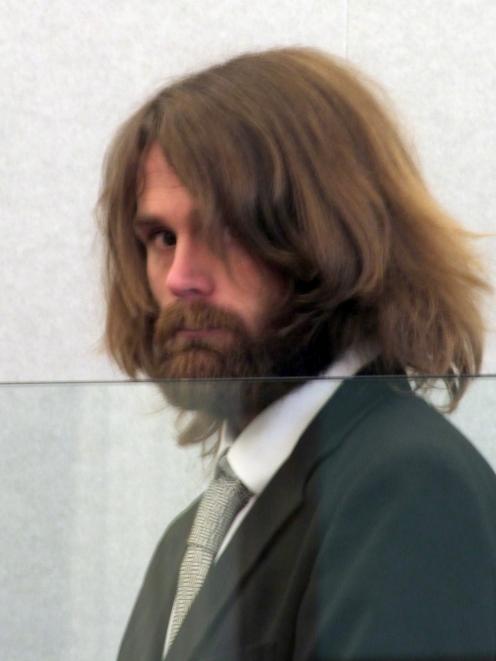 Gareth Williams accepts he will never referee top-level hockey after being convicted. Photo: Rob Kidd
A Dunedin hockey umpire's dream of officiating internationally appears to be over after threatening his former girlfriend.

Gareth Eion Williams (30) was discharged without conviction last year after he admitted harassing the woman - an Otago representative hockey player.

Williams, who was named the sport's most promising referee at the national awards last year, was shown leniency by the court in November so he could pursue his goals.

But yesterday the defendant was back in the dock at the Dunedin District Court.

This time there was no avoiding conviction.

Williams had pleaded guilty to breaching a protection order and his counsel Amanda Short said the man now accepted his umpiring career was in tatters.

He had since resigned from Otago Hockey, she confirmed.

On May 30, the Family Court granted a protection order in favour of Williams' ex-girlfriend, someone with whom he previously admitted he had ''an obsession''.

When he was served with the paperwork, several days later, he became infuriated.

He called the victim, and in a conversation that lasted seven minutes, repeatedly demanded that she lift the order.

It meant his hockey career was ruined, he said.

''Just wait until I get my hands on you,'' Williams told her.

When the woman told the defendant he should not be contacting her, he said he did not care.

''If you were scared before, you'd better be scared now. Watch out and see what happens,'' Williams said.

Ms Short acknowledged the decision to contact the victim and the content of the discussion were inappropriate but she said the issue of the protection order had been unexpected for her client.

He had been involved in the hockey scene for 18 years and the court order effectively put an abrupt end to that, she said.

Ms Short said Williams had now changed his phone number and deleted the contact details of the victim.

He would move to Australia for a ''fresh start'' once his sentence had been served, she said.

Williams initially came before the court following his split with the victim and subsequently bombarding her with messages and phone calls.

When the woman did not reply, Williams threatened to hurt himself, and when they met at a hockey game he continued to harass her.

He followed the woman to a motel and the pursuit only ended when she hid in her room.

Judge Dominic Flatley said the conviction on Williams' record would be significant punishment.