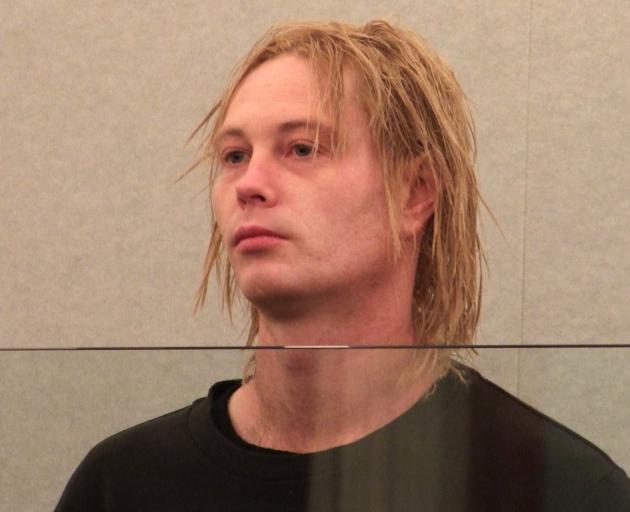 When Shane Christopher Jack (33) was finally stopped by police - with the assistance of two quick-thinking truck drivers - he explained: "I've got a bit of a past, so I just boosted".

He appeared before the Dunedin District Court yesterday after pleading guilty to failing to stop and causing a criminal nuisance.

While Jack fell into the range for an electronically monitored sentence, Judge Kevin Phillips said he was "handcuffed" in terms of the outcome.

The defendant would not consent to his home being assessed for such a sentence.

Jack was jailed for seven months and banned from driving for 15 months.

Police first spotted him driving a Mitsubishi in Andersons Bay Rd at 2.40am on January 21.

He was "acting suspiciously", court documents said, and when officers activated their lights and sirens, he took off.

He reached 110kmh in Kaikorai Valley Rd before sweeping through Mornington and back towards South Dunedin near where the chase had commenced.

While in South Rd, Jack suddenly pulled the handbrake, causing him to skid and almost lose control.

Every time police attempted to deploy road spikes to burst the defendant's tyres, he managed to dodge them.

The unlikely tour of Dunedin then headed to the city's centre.

Jack passed through the Octagon and over to Castle St where he ran two red lights.

He claimed he had paused to check the way was clear but the judge rejected that version of events.

On to the Southern Motorway, Jack got up to 150kmh before the truckers noticed the unfolding incident and blocked the defendant's path near Fairfield.

"That to me is very high-end reckless driving," Judge Phillips said.

Jack, he said, was "going through a bad patch", caused by relationship difficulties and loss of a job.

While he had a somewhat chequered criminal history, Mr Turner, argued it was declining in frequency and seriousness.

"You're an arrogant person who says as far as you're concerned, your Probation officer is not qualified to discuss your circumstances and you refused to engage with them," he said.

Jack was supposed to be serving a sentence of supervision for earlier family-violence convictions but had not been attending programmes, the court heard.

Judge Phillips cancelled that sentence and wiped $6220 of fines.