By Rob Kidd
0 Comments
A meth-fuelled driver who hit his victim head-on, sent the man on a ''journey through hell'', a court has heard.

Nicholas David Taylor (31) caused the smash on State Highway 8 near the Manuka Gorge on May 2 last year.

Despite the carnage, Taylor was behind the wheel less than four weeks later when he crossed the centre line again and crashed into a hedge, leaving his friend with a broken knee. 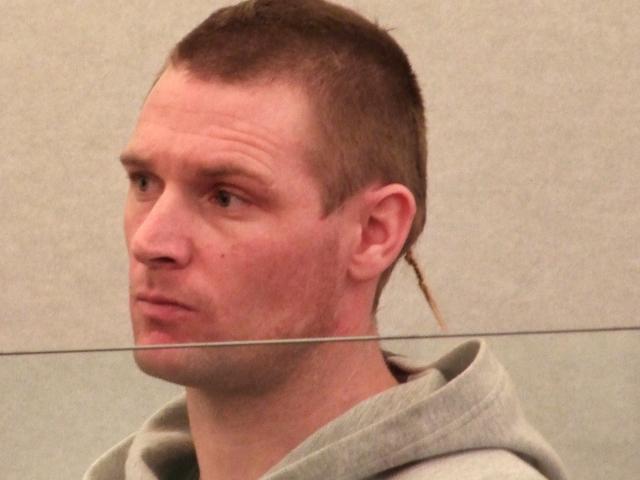 Walter Dalziel was driving his Mazda Bounty east when Taylor, driving towards Beaumont, veered into the wrong lane while rounding a bend.

Mr Dalziel stood before the court and tearfully catalogued his injuries which included broken ribs, broken sternum, broken clavicle, severe damage to both knees and broken bones in his feet.

Mr Dalziel spent 79 days in hospital, 56 of them on his back, unable to stand. 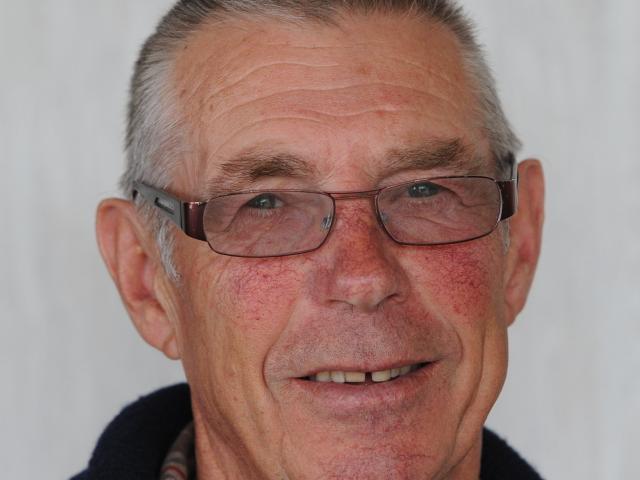 Walter Dalziel
Regaining his mobility had been an agonising process, he said, and he and his wife had spent more than $20,000 upgrading their home to meet his needs.

Mr Dalziel spoke directly to the man in the dock.

''Taylor, you sent me on a journey through hell ... You condemned me to suffer pain for the rest of my life,'' he said.

''I'm left with nothing but contempt for you.''

Taylor also injured a friend in the May 2 crash and was hospitalised himself.

When a sample of his blood was analysed, the amount of methamphetamine in his system exceeded the maximum level the test could handle.

There was also THC in Taylor's blood and cannabis was found by police in the wreckage of the Toyota Hilux he was driving.

In a letter before the court, the defendant said he was ''sorry to the core of my thoughts'' for what his victims experienced.

The man admitted in a pre-sentence interview that he was a long-term cannabis user and had been hooked on P for about 18 months. 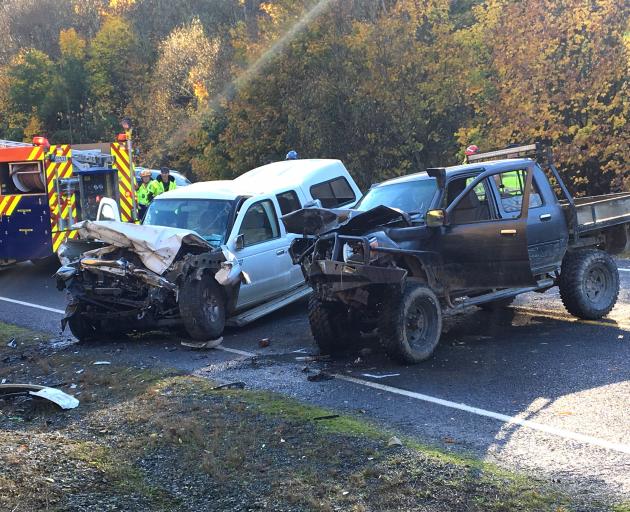 Two vehicles were written off and all three people involved in a crash on State Highway 8 last year were hospitalised. Photo: ODT files

Judge Macdonald imposed $10,000 reparation in favour of Mr Dalziel but said he was concerned the victim would never see a cent.

Taylor already owed more than $12,000 in reparation from previous offences, along with $10,000 in fines.

The judge sentenced him to two years and eight months' imprisonment and banned him from driving for three years.