By John Lewis
0 Comments
A man is on the run from Dunedin police following a serious assault in North East Valley.

There was a heavy police presence outside a flat in North Rd, near the intersection with Crown St, yesterday where another man received a laceration to his head.

He was taken to Dunedin Hospital on Wednesday night, in a moderate condition, but was discharged yesterday afternoon.

A police spokeswoman said they were called to the scene about 11.40pm on Wednesday, of what was initially believed to be an altercation between two flatmates.

However, further police investigations found the two men were known to each other, but were not flatmates.

"The offender left the scene prior to police arrival and officers are undertaking active inquiries to locate them." 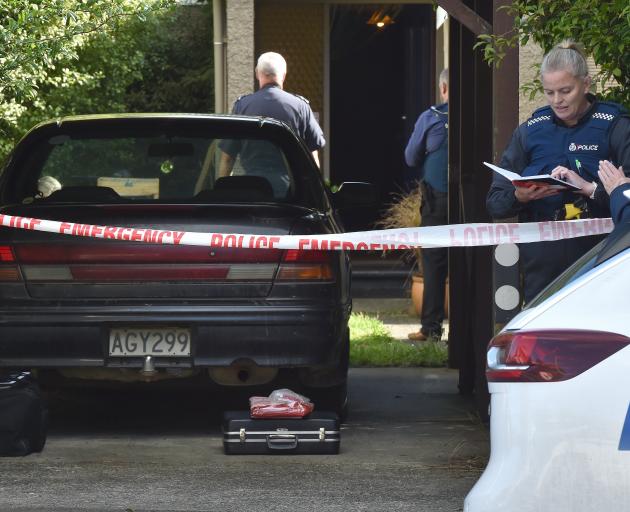 A scene guard was in place for much of yesterday while police and forensics crews worked to establish what happened.

Neighbours said they heard nothing related to the incident.

- In an unrelated incident at the scene, a 21-year-old woman was remanded in custody after failing to stop for police.

Constable Nick Turner said police were dealing with the assault in North Rd, when officers saw a car travelling at speed.

"The vehicle failed to stop when signalled by police.

No pursuit was initiated.

"The vehicle returned to North Rd about midnight and was subsequently spiked by police.

"The driver then fled the car and was tracked by a police dog."

The woman was found nearby, he said.

She will appear in the Dunedin District Court today on charges of dangerous driving, failing to stop for police, dishonestly taking a motor vehicle and driving while disqualified.