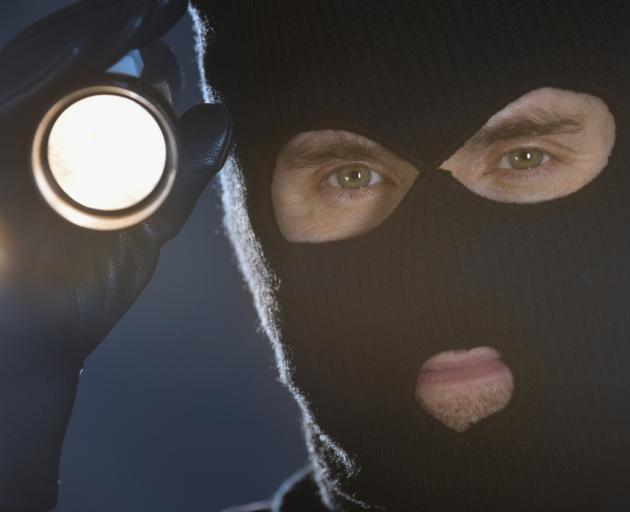 The alleged burglar was spotted shining a torch at a Leith St property at 4am. Photo: Getty Images/File photo
When police spoke to a man acting suspiciously in North Dunedin early this morning he told them he was "going for a walk and likes looking at other people’s stuff".

The 37-year-old man was arrested after being spotted by Campus Watch at a Leith St property, shining a torch, at 4am.

Senior Sergeant Craig Dinnissen said the man told police he was "going for a walk and likes looking at other people’s stuff".

Police found the man’s car on Brook St and stolen items from around the North Dunedin area were found.

The man was a repeat offender for burglary and was arrested for being unlawfully on property and was likely to face further charges, Snr Sgt Dinnissen said.

"Good work by Campus Watch for alerting us and good to get him off the streets."

A 43-year-old man was also arrested for burglary at 138 King Edward St , at 10pm yesterday.

The owner chased the man while on the phone to police.

Snr Sgt Dinnissen said police arrived and located the man on the corner of Broughton St and Macandrew Rd where he was arrested for burglary and common assault.

A search was carried out at the man’s home and items belonging to the building owner were found, which the man had allegedly stolen from the property previously.

The incidents were a reminder for Dunedin residents to be security conscious, Snr Sgt Dinnissen said.

People should lock their doors, trim trees around their property, tell neighbours before they go away and ensure valuables are not kept where they are easily seen.

People could also register the details of their assets at Serial Number Asset Partnership (SNAP), a New Zealand Police initiative, that makes it harder for criminals to sell stolen goods, he said.

Misleading and unnecessary photo. File image. Do burglars really walk around dressed like this? Or is this photo from a fancy dress party?