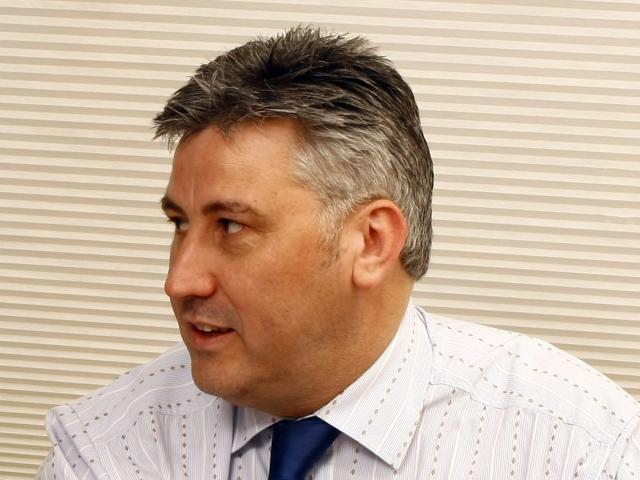 That is how one man who lost his life savings through investing with failed financial adviser Barry Kloogh has reacted to Mr Kloogh's exclusive interview in yesterday's Otago Daily Times.

Mr Kloogh had previously made no public statement on the liquidation of his companies with a loss estimated at more than $12million.

Yesterday, he said he ''felt deeply'' for those affected by the demise of his firms Financial Planning Ltd and Impact Enterprises, and that he was ''very aware of the pain, anguish and hurt that I have caused''.

Those words elicited no sympathy from some of the clients who have likely lost all the money they trusted with Mr Kloogh.

None of those who spoke to the Otago Daily Times wished to be named but they were unanimous in their anger at Mr Kloogh's comments.

''I feel angrier now than when it first happened - then I just felt shock and disbelief,'' one woman said.

''I just wonder why didn't he come forward with his apologies and shame a couple of months ago.

''His words sound very hollow. He'd pay us back if he could, 'Yeah right' ... he knew what he was doing was wrong but did it anyway.''

One investor based overseas said he and his wife had had to return to work three years after their retirement, when their plan to live off the investments they had placed with Mr Kloogh was shattered.

He was now working two jobs to ''eke out an existence''.

''Barry Kloogh has at last come to the party and offered the usual apologies, crocodile tears and pathetic excuses,'' he said.

''This whole saga has personally removed any hope for me to have a quality retirement. I'm having difficulty in trusting the financial advising/planning system in New Zealand, or anywhere else, right now.''

That man was not the only client of Mr Kloogh forced to go back to work after losing their savings.

''We are both retired but have worked this year as we feel we need something behind us; he has left us with nothing but the pension,'' one woman said.

''Does he really understand what he has put people through?''

Another man said his retirement had been ruined: ''I think it is just words, and he is hoping for a bit of sympathy.''

On Monday, Mr Kloogh told the Otago Daily Times that if he could tell his former clients he had a winning Lotto ticket and he could pay them all back, he would.

''I know the anger and the hurt and the anguish and the pain I have caused. I know some of these people personally, very closely, and this is not good.

''There is nothing I can do to stop people's thinking around this. I do believe that in time. if I am able, I will be able to make recompense towards it, but I certainly can't fix the anguish and the pain and the hurt.''

A first meeting of affected creditors, organised by the Official Assignee, is expected to be held next week.

His first liquidator's report put the number of people out of pocket at more than 170, with an estimated $12million-$14million owed to creditors.