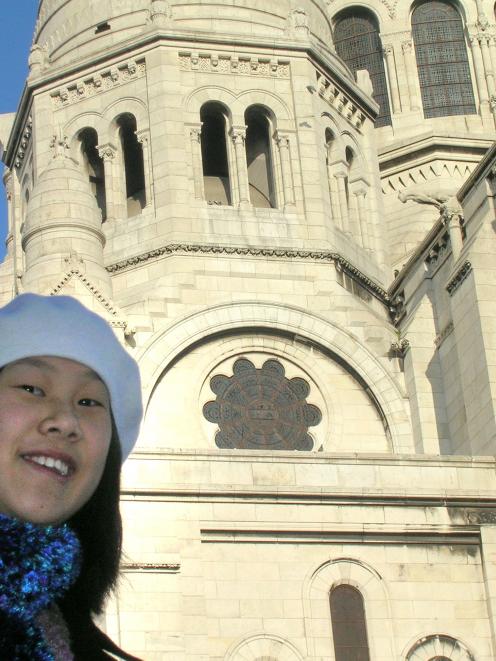 After going in a draw with other section winners, Crystal won a trip to New Caledonia, where she spent two weeks living with a Melanesian host family in the town of Poindimie, on the east coast.

Her days were taken up by activities with five other winners and a guide, while evenings and weekends were spent with the family.

Compared to New Zealand, she described their way of life as "much more relaxed".

"I was surprised by how French they actually were," she said in reference to the food they ate, including baguettes, and the way they consumed a lot of drinks in bowls.

She had been looking forward to seeing the waters around the island and did so on her second day.

She snorkeled and scuba dived at what she believed was one of the top spots in the world, "which was amazing". The marine life was "extraordinary".

Learning to weave and carve were also on the itinerary, along with the opportunity to make her debut as a recording artist.

The group learnt two traditional Melanesian songs, as a way to experience the culture, and recorded them later in the trip.

The country had many waterfalls, some of which the group visited. One of them consisted of "50% water and 50% fish", Crystal said.

One of the most memorable things she experienced came after a trip to church for her host sister's first communion.

On the way home, the family stopped three times to collect various items for a feast.

"We had an enormous buffet lunch and I got to try a traditional New Caledonian dish called bougna."

The delicious dish consisted of vegetables, chicken and/or fish wrapped in banana leaves. The meal was followed by a huge party.

"It felt like the whole village was there," she said.

Guests stayed on late into the night and danced under the stars. Crystal spent a lot of time with the children, which provided good practice for her French skills.

At the end of her trip to New Caledonia, she returned home for one night before boarding a plane to Bourges, France.

Again, she lived with a host family, this time for one month.

Her host sister will arrive for her part in the exchange on Sunday, which Crystal is looking forward to, as the pair were "so well matched".

The majority of her time was spent in the city of Bourges, three hours south of Paris, a place she remembered as medieval, beautiful and full of character.

However, she also spent three days "doing all the touristy things" in the capital. Of all the sights she saw, the Eiffel Tower was the most memorable.

"It's a giant magical tower."

Though she did not climb it, as her host sister was afraid of heights, she took home a keepsake, an Eiffel Tower key ring.

She also went to see Mona Lisa in the Louvre. She found the experience amusing as the painting was in a "giant room with amazing paintings and everyone was staring at the Mona Lisa".

Luckily, Crystal's host father was an artist and was able to explain many of the paintings, which added to the visit greatly.

Notre Dame, the church of Sacre-Coeur, the Champs Elysees and Montmartre rounded off her trip nicely.

Spending 20 minutes in the "freezing cold" winter temperatures to have her portrait drawn by an artist in Montmartre was worth it and she had it framed when she returned to Dunedin.

Crystal believed more people needed to experience the "depth of culture in France".

"You have to see to understand," she said and knew she would return after completing a degree.

After all the memories and experiences she had, Crystal could not look past how the two trips allowed her to improve her French speaking skills.

"It's so incredible how fast you can pick it up."