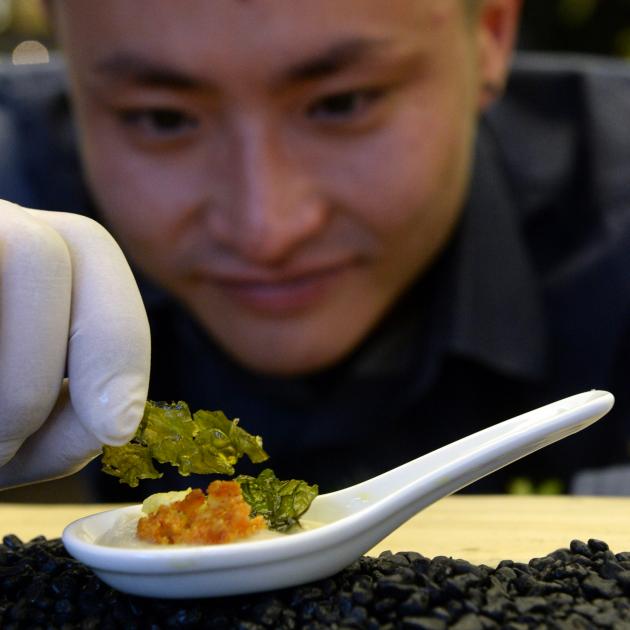 Pickled and pureed cauliflower with toasted kale, soup buns with ginger vinegar, popcorn sweetbread and doughnuts oozing with lemon meringue were among the gastronomic offerings at the third-year bachelor of culinary arts Excite 2016 showcase in the Manaaki Building.

Hundreds of people strolled through the ''Spring Fete''-themed food experience, many stopping to sample a dollop of electric green pesto or a glistening pork and prawn dumpling.

Among the plates of food, skilfully arranged, was ''popcorn sweetbread''.

Perhaps it was the use of the word popcorn, or maybe the creative paper cone in which the lamb's pancreas was placed, but the line for the sweetbread was particularly long.

Third-year bachelor of culinary arts student and popcorn sweetbread creator Kate Wilson (21) said the innocuous dish name meant people had been adventurous when they otherwise might not have been.

''When you don't tell people that it is made from a third-grade byproduct they will eat it and enjoy it.''

As horizontal rain fell outside, the tastes of blueberry and basil sorbet, chilli chocolate macaroons and melon fruit salad helped at least convince one's tastebuds that it certainly tasted like spring inside.