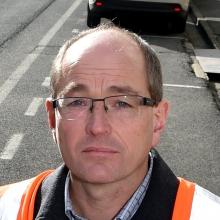 Simon Underwood.
The expected cost of the St Leonards to Port Chalmers cycleway has more than doubled.

The estimate came as the NZ Transport Agency (NZTA) updated the Chalmers Community Board last night on progress in its plan for the completion of the pathway, and members again expressed frustration with delays and the agency's cost-saving efforts.

The update comes after the agency told the board in February more affordable solutions were needed to finish the final 5km section of the path, after the cost of the current design was estimated to be more than the $6million to $10million budgeted.

After hearing NZTA would probably apply for funding for the project as part of its 2018 to 2021 National Land Transport Programme, board chairman Steve Walker said that was a ''long time'' for the community to wait, considering there was already frustration over a lack of action.

NZTA projects team leader Simon Underwood said he could understand the frustration from the community but the level of investment required was much larger than what was required for the already completed section.

This was ''more than double'' the original budget and NZTA needed to reapply for funding.

The level of engineering required was also on a different scale and it was expected to take a year to get to a position where it was ready to start construction.

Board member Trevor Johnson questioned why NZTA was not going with the option of completing the cycleway to Roseneath and then finishing it off to Port Chalmers later.

Mr Underwood said it would not meet the cost-benefit ratio required for funding unless the cycleway was completed all the way to Port Chalmers.

Despite opposition, it was progressing with a plan to widen the footpath between Sawyers Bay and Port Chalmers, instead of carrying out the substantial land reclamation previously proposed at Mussel Bay.

This remained the ''biggest change'' and was expected to save somewhere between $4million and $6million, but other options being looked at, including using timber for a wall in the Roseneath section instead of concrete.

Carrying out land reclamation at Mussel Bay was being kept on the table as a long-term option. 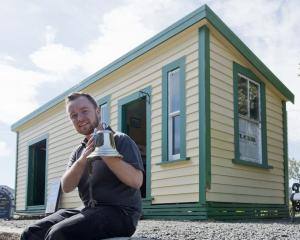 It would be interesting to see the benefit cost ratio (BCR) calculations for this cycleway: including safety and economic opportunity. Delaying development may be just as costly.