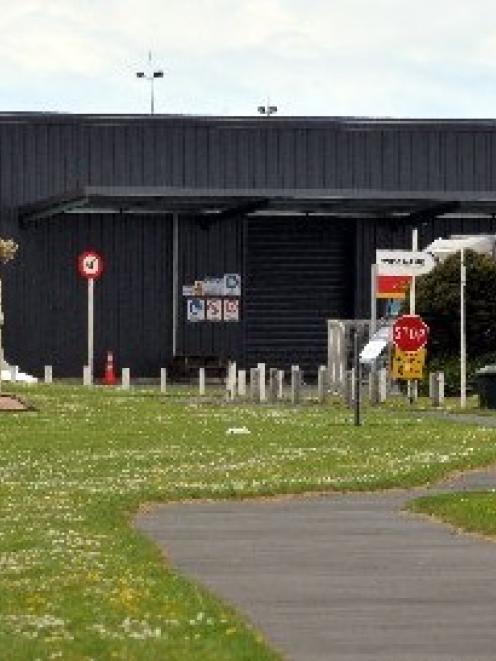 The attack, near the Strathallan St intersection about 3.30pm, was not believed to be linked to the death of a woman in the area on Wednesday morning.

In Saturday's attack, a man, a stranger to the woman, shouted at her before grabbing and punching her about four times on the right side of her body.

The man then threw the woman, who was still on her bike, on to the grass verge of Portsmouth Dr.

Two unidentified men came to the aid of the woman, who was screaming for help. They were described as Caucasian, possibly tourists with German accents, in their mid-20s, travelling in a red car.

''As a result of their intervention, the offender has run off in the direction of the wharf [area],'' Snr Sgt Benn said.

Police are appealing for the two Good Samaritans who helped the cyclist to come forward.

The assailant was Caucasian, aged in his 40s, of solid build, with unkempt sandy blond shoulder-length hair.

He was wearing a light coloured T-shirt with a large logo or picture, and light blue jeans.

Snr Sgt Benn said the incident was believed to be unrelated to the Ross Creek Reserve sexual assault last Monday, which was still under investigation.

''As far as we're aware, none of the three incidents are linked.''