However, the costs of running a viable operation and upkeep of the Taieri Gorge line loom as challenges to be confronted. 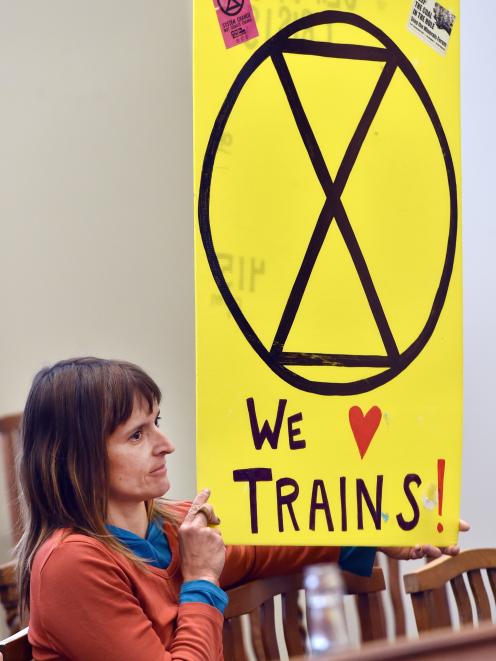 Rather than shut the council-owned company or pursue a possible sale or lease, they sought more information about the implications of keeping the operation.

A report is to go before the council for 10-year plan deliberations in May and will include staff analysis of financial and strategic implications of running a train operation on KiwiRail’s national rail network only or adding to this the Taieri Gorge line.

The implications of keeping Dunedin Railways in hibernation until June 30 next year, though allowing trials of limited services, will also be assessed.

Only Cr Lee Vandervis voted against the plan, noting the situation continued to impose costs and that the council’s decision seemed to shut the door on the option of a sale or lease.

The company was facing a sharp downturn in custom due to a lack of international tourists when it was put in hibernation in July last year.

Mayor Aaron Hawkins said more time was needed to consider financial, environmental and social factors and to engage with the public on the train operation’s future. 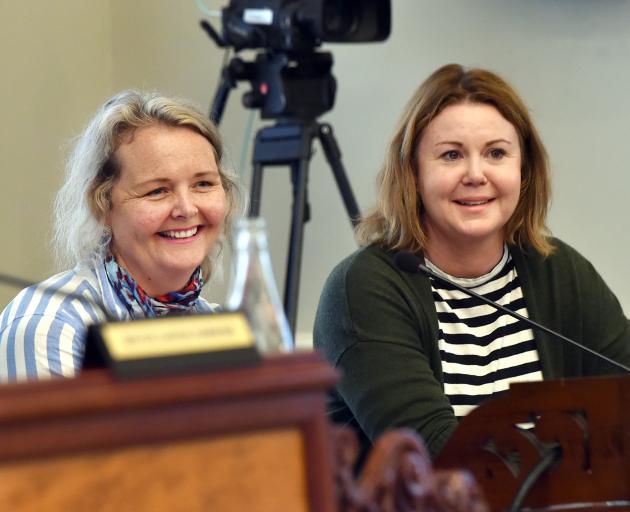 Waitati businesswomen Sally Brown (left) and Mel Borrell say a summer promotion of train services was well received.
A trial of limited services could run for a second season, he said.

Cr Chris Staynes said benefits of the service were reaped by more than just the council and its company — they extended to businesses and the broader community.

He was reluctant to lose the Taieri Gorge line.

The council’s decision came after a series of presentations during the meeting’s public forum, including from businesswomen from Waitati and Port Chalmers who praised the operation.

Rail and Maritime Transport Union representative Dave Kearns said rail was only going to grow. He asked councillors to consider ratepayer support as an investment, rather than a subsidy.

The Taieri Gorge line is owned by Dunedin Railways and its upkeep is expected to cost at least $6.5million in the next 10 years.

The short-term costs to the council of running a train operation have also been put at almost $1.6million a year.

The Dunedin Railways business model that had been run before the pandemic was not sustainable, Mr Cooper said, and the operation had not stayed on top of deferred maintenance.

Mr Hawkins said he did not sense public support for closing the business and selling its assets for scrap.

Cr Carmen Houlahan said emotions tended to be heightened when decisions were made about rail.

"If it’s able to be saved, that would be my hope."

Comedy gold. Mr Mayor wants more time to assess (amongst other things) the environmental factors in retaining the train service. May I suggest the environmental factors are somewhat less than what is occurring in China, India and the US. Given our country is 0.2% of the global CO2 outputs and 50% of that is from the primary sector (with NZ being the most efficient food producers on the planet) and that we feed 40 million people overseas, it is far to say our carbon footprint is irrelevant (or a positive if we left other countries gorw food to feed those 40 million). DCC should not be worrying much of global warming from climate change as they are irrelevant- and that goes for wanting to employ six new climate change staff thank you.

You are one person amongst billions on this planet - does that mean your life is irrelevant? Or maybe you think that this planet is just one amongst billions in the universe and therefore it and all life upon it is irrelevant?
The fact is Kiwis are amongst the worst polluters in the world and our agricultural practices are ranked as only the 31st best in world in terms of sustainability by The Environmental Performance Index. It also states 100 other countries have a better environment for species habitat and we have the 128th worst fisheries industry in the world! But of course non of this will matter to you if you think all the wonderful life upon this land and in our oceans is irrelevant!

This is why I'm a practicing, agnostic nihilist. ☺ lol.

Climate change is not about belief, but of understanding the Science.

Council is an emotionally heightened place. Consider the ratepayer submissions.

The picture used in this article implies the tourist train service is good for the environment. It is not. It is in fact environmentally damaging. Trains in NZ burn well over 40,000,000 litres of fossil fuels a year, with significant climate and health implementations. While trains can be less damaging than other means of transportation, this is not the case for Dunedin Railways LTD. It pollutes the environment with it's main objective to provide pleasure to people.
Whether we like it or not the government and council have committed to reaching net zero emissions. For every litre of fossil fuel used in the maintenance and running of this railway it will mean emissions cuts will have to be made elsewhere.

@Pat, reading all your comments over the months, one can only think you will be happy if we all lived in caves, grew our own veges and had a few chooks. Whilst that is applaudable, it isn't realistic. NZ still is 0.2% of the world's problem and if NZ was 100% carbon neutral it wouldn't make a jot of difference to our planet. Do you think the DCC employing a further six staff to tackle climate change in Dunedin is a good use of the ratepayers money? Many voters do not, and Mr Mayor will see that next election.

Economists want ‘drastic’ action to stop climate change.
Two-thirds of respondents say economic benefits from net-zero emissions by 2050 would outweigh the cost of achieving it.
Failing to do so could cost the world some $1.7 trillion a year by the middle of this decade, escalating to about $30 trillion a year by 2075, according to estimates by the 738 economists from around the world surveyed by New York University’s Institute for Policy Integrity. - Aljazeera.

@Pat, care to enlighten us what will change on the planet in terms of climate change if all the emissions, stock and humans disappeared from NZ?

I am not a scientist, but would bet my house the answer is nothing. Not one measurable jot of difference. So, with that in mind, do we employ seven (given the Mayor has his super planner Jinty MacTavish on climate) staff to address Dunedin's issues when we have other departments crying out for more staff but management say there is no more money?? It doesn't stack up...

The Climate Change and biodiversity crisis are global problems that need to be addressed globally, this is why the UN and the up and coming COP26 are so important. We have led as an example in how to manage the Covid crisis and I believe we should at least do our part in the fight against climate change. It clearly makes long term economic sense too, unlike the Dunedin railway and the small but ever expanding army of council workers! So no I do not support the Mayor or any wasteful spending by the council.

A mere drop in the ocean Patrick! Why should we here all suffer and go without, while countries like China, who as of the year 2016, consumes 4,319,921,826 Tons of Coal per year. Just imagine how many 'billions' of litres of fossil fuels they burn a year. China ranks 1st in the world for Coal consumption, accounting for about 379.1% of the world's total consumption of 1,139,471,430 tons. China also emits more carbon in just 16 days than Australia does in a whole year! Not to mention the other two top contenders, India, the USA. So, kindly dismount from your high-horse Pat, as one small little railway in downtown God's-own, won't make the slightest difference whatsoever.

This is why our and other countries commitments to the Paris Accord are so important. As for - "Why should we here all suffer and go without". Do you hear yourself? Seriously, do even know what is going on in the world at the moment?

A railway is not just the "prime mover" at the front. Don't like diesel prime mover, then use an alternative. This decision cannot just be about the type of propulsion fuel.

"Aaron Hawkins said more time was needed to consider financial, environmental and social factors and to engage with the public on the train operation’s future" since when has he bothered to "engage with the public" over anything?, street dots, street signs and shiny stars anyone?.