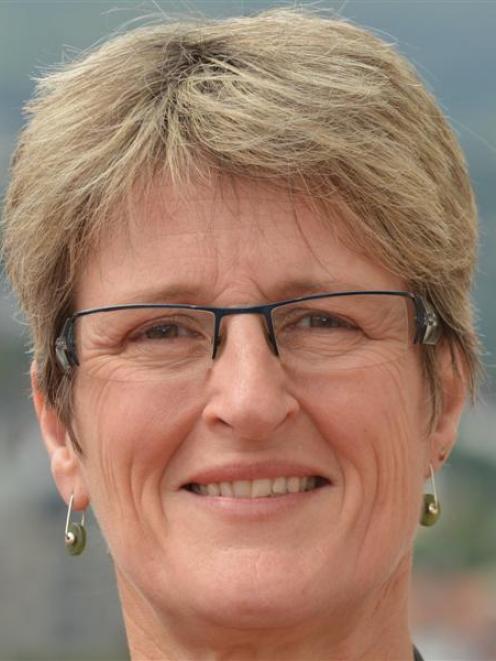 Sue Bidrose
An investigation into irregularities within the Dunedin City Council's Citifleet and Citipark departments is examining the disappearance of dozens of council vehicles, it has been confirmed.

The Otago Daily Times has learnt the probe was looking into claims a significant number of vehicles - possibly approaching 100 - had been sold, and some of the proceeds pocketed, over the past decade.

The council was said to have 205 vehicles, together worth about $1.9 million, in 2011, but there is confusion about how many were sold, and how many replaced, since as far back as 2001, the ODT understands.

The council was understood to have found a sizeable discrepancy between the number of vehicles bought and sold, and the number still owned by the organisation, after examining its records earlier this year.

Proceeds from the vehicle sales - believed to amount to a six-figure sum - also remained unaccounted for, it was understood.

The investigation by independent financial consultant Deloitte was launched after the council's Citipark and Citifleet team leader, Brent Bachop, died suddenly on May 21.

Mr Bachop's death has since been referred to the coroner, and most of those contacted yesterday would not comment publicly while the investigation continued.

However, council chief executive Dr Sue Bidrose confirmed the investigation was examining numerous allegations, including ''what appeared to be a discrepancy'' in the council's vehicle fleet numbers.

''An independent external investigation was started because a review of processes in the council turned up what appeared to be a discrepancy in the number of vehicles that we own.

''That's the subject of an investigation.''

She would not say exactly how many vehicles appeared to be unaccounted for, or what had happened to them.

And, asked specifically if the possible misappropriation of funds from vehicle sales was also being examined, she would only say the investigation would be ''full and wide-ranging''.

''The investigation will look into whatever gets raised as needing to be looked into.

''It's a full and wide-ranging investigation into the operations of Citifleet.''

She would not be drawn on other aspects of the investigation, but the ODT has been told of other claims, including that more than one person may be involved.

A report outlining Deloitte's findings was expected to be presented to council staff by mid-August, and would be made public, Dr Bidrose said.

However, the complexity of the investigation meant it was too soon to say whether its findings would be referred to police.

''The investigation is complex because we have said to Deloitte that they should talk to as many staff as they need to, investigate anything, and investigate all areas of that part of the business,'' Dr Bidrose said.

''We want it to be thorough and complete.''

The discrepancy was identified after the council launched a wider review of key accounting practices within the organisation last year.

Dr Bidrose said, whatever the outcome of Deloitte's investigation, it was important to ensure council processes were in order.

''When organisations start fixing holes in their policies and procedures, unfortunately, on occasion, things like this turn up.

''This case is a particularly tragic one and our focus is really on supporting staff in what is a difficult time, and in getting these processes right.

''This is ratepayers' money.''