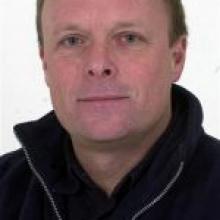 Kevin Mechen
The Dunedin City Council is reviewing its gambling and TAB venue policy, but its pre-consultation recommendation is to stick with its current policy.

The policy review is taking place two years after the last review, when a bid to adopt a sinking lid policy on poker machines, the council's preferred option at the time, failed, despite the emotional pleas of problem gamblers.

That decision was made in part because the number of venues and machines in the city had already dropped, and a report to the council's planning and environment committee yesterday said that decline was continuing.

The report, from liquor licensing and projects officer Kevin Mechen, said research indicated accessibility to venues, not the number, had the greatest influence on the prevalence of harm.

The council's policy prohibited new venues in residential or recreational areas, unless they were for organised sporting venues.

"Since its introduction, there has been a steady decline in the number of gambling venues and electronic gambling machines in the district."

The report said a large number of gaming venues were in "deprived" areas of Dunedin, where people were at greater risk of developing gambling problems.

Cr Dave Cull asked if the policy could include a sinking lid policy for venues in residential areas.

Mr Mechen said it could be included.

Cr Teresa Stevenson moved the council's recommended policy should be the sinking lid policy, as the trend towards fewer machines could change.

The motion lapsed for want of a seconder.

The committee voted to recommend the status quo, and the issue will go out for public consultation between October 5 and November 2, followed by hearings.

A report said being a partner would help raise awareness of the council's biodiversity strategy and fund.

Bid to close Octagon: Bars and food outlets in Dunedin's lower Octagon that banded together to push for the area to be closed to traffic from 6pm on Fridays to 6pm on Sundays during summer will have to wait until November for a report on the issue.

The issue was raised briefly at the committee, and Cr Stevenson argued November would be too late for the plan to start this year.

She was told too many complicating issues had to be dealt with, and Cr Fliss Butcher said the issue was not something to be done with too much haste.