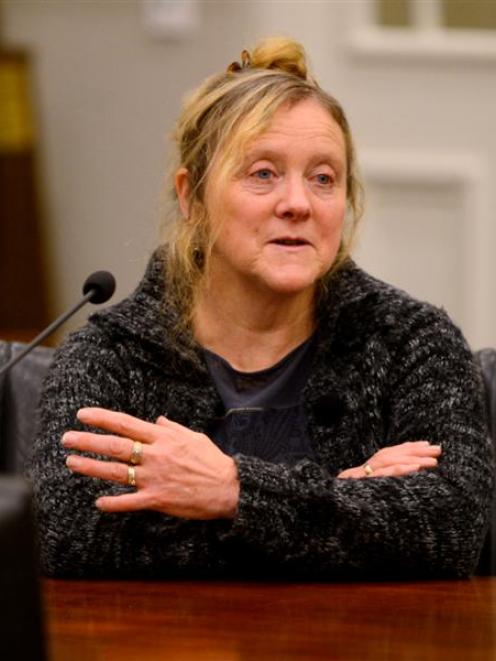 Now the Dunedin woman dreams of a world without poker machines, so her grandchildren do not follow in her footsteps.

Mrs Hansen delivered to the Dunedin City Council's hearings committee yesterday a powerful personal account of her decade-long struggle with pokies. She told the committee her addiction had taken a heavy toll - consuming her wages, and later her job, as well as friendships and the trust of family members.

At her worst, Mrs Hansen was pouring $1200 a fortnight into the machines, leaving no money for groceries or to fill her car with petrol.

Sometimes, the urge to gamble was so powerful, she would stop vacuuming partway through, get into her car and rush to the machines.

''I couldn't wait to get there. I used to speed to get there and it was only around the corner,'' she said.

The only way to be ''protected from myself'' seemed to be the fantasy of a prison cell, she said.

''I was desperate to go to jail because I just wanted to be locked up.''

Her addiction had shut her off from much of the outside world, including friendships, and she lost her job at Christmas after she ''lashed out at another employee''.

''I was at breaking point as I had gambled the money I had put aside to visit my daughter and grandchildren for Christmas, and now I couldn't go.

''My children know I have a gambling problem and it's so hard looking them in the face. They buy birthday and Christmas presents for their children and put my name on the card because they know I can't.

''The little angels phone me to say thank you for the presents. I am lying to them as I can't even afford to buy them a card,'' Mrs Hansen said.

She was now receiving counselling for her addiction, which had helped, but was still sometimes overpowered by the machines' pull, Mrs Hansen said.

She had decided to speak out to support the committee's plan to cap numbers of machines and venues.

''I'm embarrassed about the situation I'm in ... It's something I wish had never happened to me, I can tell you that.''