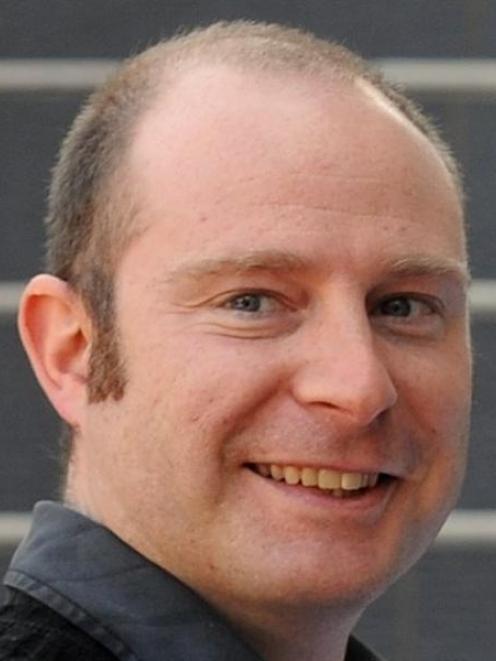 Chris Watkins
Emotional pleas and cold, hard numbers dominated the first day of a public hearing that could change the rules for gambling in Dunedin.

On one side were those who warned of the harm inflicted by pokies, which Methodist Mission chief executive Laura Black said were costing Dunedin's problem gamblers $20,000 a day.

On the other side was the New Zealand Racing Board, which was responsible for the city's TAB poker machine venues and argued it was doing all it could to control problem gambling.

The new approach, if approved, would introduce a cap limiting the number of venues and pokies in the city to the number on March 5 this year. That would mean no more than 41 venues, and 518 pokie machines, across the city.

The proposal has prompted more than 600 public submissions, most calling for a sinking lid policy instead.

Supporters of that approach included Chris Watkins and Judith McHugh, of the Salvation Army Oasis Centre in Dunedin, which aimed to address the harm caused by problem gambling in the city.

Mr Watkins told the hearing the centre dealt with 330 people grappling with gambling and associated problems, ranging from theft and fraud to anxiety, depression and suicide, in Dunedin last year.

Up to 90% of those problems were with pokie addictions, although the true size of the city's problem was believed to be much larger, he said.

''By far, pokie machines are the main cause of gambling harm in the city,'' he said.

That included the recent case of a woman in her 70s who spent 12 hours gambling on pokies in one Dunedin venue, without staff intervening, Ms McHugh said.

Together, the machines collected $17.2 million in Dunedin last year and they were concentrated in the most impoverished areas, including South Dunedin, and cashed in on those least able to afford it, he said.

However, it was not just the centre's clients who were addicted to the machines - community groups were ''on the hook'' due to their reliance on pokie funding, he said.

''Unless we have an alternative we are going to be hooked on those pokies ... we are all dependent,'' he said.

The machines took more money than they gave back and encouraged criminal behaviour, and it was time for change, she believed.

An outright ban would not be good for clubs, but the mission supported a sinking lid policy, she said.

Many of the groups arguing they needed pokie industry grants used to get by with volunteers, and only took on professional staff as pokie funding increased, she said.

However, New Zealand Racing Board solicitor Jarrod True said gambling remained lawful and the industry was doing its best to minimise harm, as problem gamblers were ''bad for business''.

The board's 80 TAB venues - including 30 with pokie machines - were already heavily regulated and contributed to a problem gambling levy, he said.

Venues also had dedicated staff to oversee gambling machines, who received training from the Problem Gambling Foundation, and problem gamblers could be, and were, excluded, he said.

Further restrictions risked hurting community groups by reducing the pool of money available for grants, but could also push more problem gamblers into less regulated online gambling instead, he said.

''You can lose your home without leaving it,'' he warned.

The council's proposed change had prompted concern from sports and community groups, who worried their funding could be threatened, but none addressed the hearing yesterday.

The committee did hear from members of Medical Students for Global Awareness, who supported a sinking lid, and Presbyterian Minister Bruce Hamill, of the Coastal Unity Parish, who wanted reliance on the ''virulent, problematic, addictive'' machines to end.

''These machines are destructive of human beings and of our community.''

The hearing will continue today, weather permitting, and conclude on Monday.