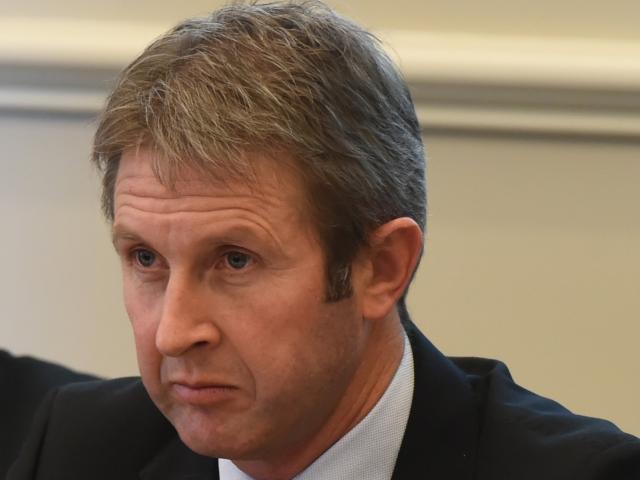 Dunedin Airport was never consulted on the "unacceptable hazard" posed by a new landfill before a consent application was lodged, its lawyer says.

On the second day of the hearing for the Dunedin City Council’s application for a landfill at Smooth Hill, south of Dunedin, the panel of independent commissioners heard why the project should not go ahead.

Proposing a landfill 4.5km from an airport was inconsistent with international and domestic guidance as to where a landfill should be "and presents an unacceptable hazard over its lifetime".

"It is in the wrong place, because when it was purchased in around 1992, and designated in 1995, we can find no evidence that the aviation hazard to Dunedin Airport was considered or taken into account at all," Mr Page said.

"The airport has no record of ever being consulted in that period."

What people now knew about how to select landfill sites would mean the Smooth Hill site would not be up for consideration, he said.

Mr Page commended the council for the work it had done with the airport since deciding to proceed with its application, but a site assessment should have been done that took into account the aviation hazards of different options, he said.

But beyond that, the airport had no confidence the proposed consent conditions would work to avoid an aviation safety risk.

While general food waste would not be accepted at the landfill, waste such as fish waste, offal, abattoir waste, general commercial waste and contaminated general waste from Dunedin’s municipal waste stream would.

"If there is a bird hazard problem, if there is an aviation accident, the consequences of that get visited upon the airport."

On the first day of the hearing, Avisure managing director Phil Shaw told the panel because the proposal was not going to take general food waste and there would be an intensive bird management plan in place, it would not add to the risk of bird strike in the area.

The airport’s "nightmare scenario" of a catastrophic event was extremely remote, he said.

Yesterday, Civil Aviation Authority (CAA) aeronautical services unit manager Sean Rogers said a bird strike at Dunedin Airport was actually quite likely, but most had no significant consequence due to the size of the bird.

There had been 173 instances in which a bird had struck an aircraft there in the past 10 years, six of which caused damage to the aircraft, he said.

The commissioners had been told there would be no increase to the number of bird strikes at the airport due to the new landfill, nor an increase in the size of bird being struck, but either one of those would increase the likelihood of a catastrophic event.

And the council’s belief there would be no increase to the aviation safety risk had been made after a "preliminary assessment".

He said a consent should not be granted without a comprehensive one, including a long-term study.

If a consent was granted for a landfill at Smooth Hill, the CAA could not control the landfill, but only the airport, he said.

Its response "may seem heavy-handed".

The hearing will resume tomorrow.

After further submissions, the council is due to reply on Wednesday next week.