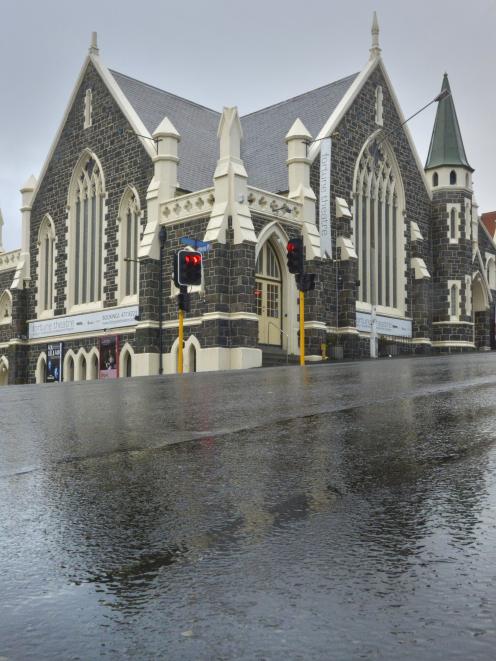 Dunedin's Fortune Theatre building. Photo: Gerard O'Brien
Dunedin is missing out on a range of cultural and arts experiences because it lacks a focal point since the closure of the Fortune Theatre last year, a new report says.

A year ago, the Fortune Theatre abruptly closed its doors because it was no longer financially viable.

The first phase of the study - which focused on the wider performing arts market and audience potential in Dunedin and also included an analysis of the Fortune Theatre's business model - is now complete.

There was an ''amazing'' range of art practitioners in the city all working in largely compromised infrastructure without a central focal point to draw them together, the report said.

The loss of the Fortune Theatre building and company, along with other factors such as a limited choice of venues because of location, size and scheduling issues, has meant Dunedin missed out on a range of artistic performances and events in the past year.

There was a desire by the community for a building or network of buildings which could support performances, rehearsals, classes, events, functions, workshops and informal front-of-house spaces.

It was reasonable to assume, based on the experience of the Fortune Theatre, a well-curated and marketed programme could achieve better and more consistent results, the report said.

Many of the existing theatres and venues were compromised in some way, and other venues, such as the Regent Theatre and town hall, were too big for
many performances.

The lack of a medium-sized music and events venue with a capacity of between 600 and 1200 was also a noticeable issue.

No specific site or sites were identified in the report and the next phase of the report would explore what options were available.

The report will be presented to councillors at a meeting this afternoon.