Vehicles will be banned from beaches, but horse owners have won a reprieve, after the Dunedin City Council signed off new rules.

The bylaw would prohibit all motorised vehicles on the city's beaches and reserves, with exceptions for emergency services, surf life-savers, fishermen and wind-powered buggies.

Drones would also be banned from ecologically sensitive areas, unless a ''discretionary'' consent was granted, or if six-month permits were obtained for vehicles weighing more than 1.5kg to fly in other areas.

A proposal to restrict horses to above the high-tide line on beaches - interpreted by riders as threatening to force them off beaches altogether - was changed after hundreds of critical submissions flooded in.

It later emerged the Otago Regional Council, and not the DCC, had jurisdiction for sand below the high-tide mark, and DCC staff were forced to apologise for spooking the horses.

The modified rules included a list of beaches at which horses were permitted, as well as limiting access to designated areas at each beach.

The exceptions were ecologically sensitive areas, Aramoana's salt marsh and beaches, and Boulder Beach, Sandfly Bay and Allans Beach, which are all controlled by the Department of Conservation.

That could affect Hare Hill Horse Treks owner Oliver Goldsmith, who had submitted against the changes because of concerns his horse trek business along Aramoana's beaches could be forced to close.

Council staff yesterday indicated Mr Goldsmith might need to seek a Doc concession to continue operating in the area.

Council recreation planning and facilities manager Jendi Paterson told yesterday's meeting the bylaw's focus was not on restrictions, but on ''providing users with knowledge of what's permitted''.

That was not good enough for Cr Lee Vandervis, who repeatedly questioned how many complaints had been received about problems caused by horses on the city's beaches.

Cr Andrew Whiley, the chairman of the committee considering submissions on the new bylaw, said ''numerous'' submitters had raised concerns, and he was ''comfortable'' with the new approach. ''I do believe overall it's a positive outcome for our community.''

Cr Kate Wilson agreed, saying Dunedin needed to protect its wildlife and she was ''thrilled'' by the outcome.

Cr Aaron Hawkins said the need to restrict vehicles on beaches had been raised ''time and time again'' over the years.

The council had lacked the political will to do anything about it, fearing a ''public backlash'' which had not eventuated, he said.

Cr Vandervis disagreed, saying the new rules were ''a bylaw too far'' and the council should be wary of such a regulatory approach.

''Protecting people from themselves I don't really see as the core purpose of local government.''

Councillors voted to adopt the new bylaw. Only Cr Vandervis voted against.

The new rules would come into force at a date yet to be specified. 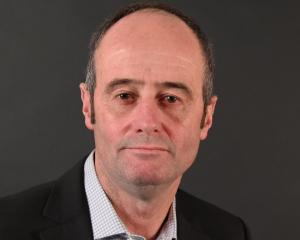 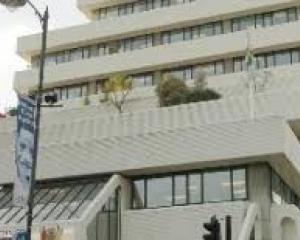 It is funny how the Greens, who profess to stand for people's rights and freedoms, are always at the front when it comes to passing petty laws to restrict people rights. Ban smoking, control sugars and salt in foods etc. Everything is allowable, except whatever they are against.