Dunedin Mayor Aaron Hawkins says a new ACC building planned for central Dunedin will deliver a significant boost to the heart of the city. 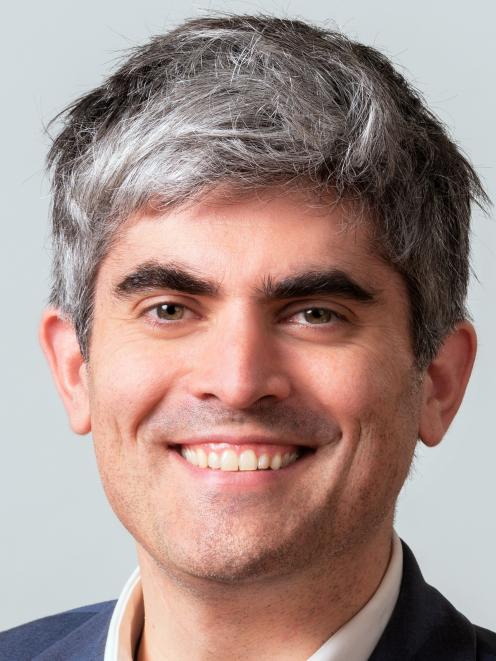 “This is an exciting development for the city, and the Exchange area in particular. It will create jobs across the construction sector, it’s being procured sustainably and locally where possible, and it helps secure a long-term headquarters for ACC staff in Dunedin.

“We expect the design will complement surrounding buildings, improve the street-level environment for pedestrians and inject more life and vibrancy into the area.”

He said as part of the deal, the Dunedin City Council had agreed to sell the car park to Ngāi Tahu Property for $3 million.

DCC Chief Executive Sandy Graham said while the development would result in the loss of some car parks, the site had been earmarked for sale for some time.

Ngāi Tahu is entering a joint venture with ACC to develop the 8000m2 building.

The building will have space for up to 650 ACC staff who are currently spread across four locations in Dunedin.

Mr Hawkins said it would be the first large-scale, high-spec office building to go up in the city in more than 20 years, and it would bring hundreds more people to the area.

He said the development also built on the long-standing relationship between the city and Ngāi Tahu.

“We’re working hard to make sure Dunedin’s urban environment better reflects the values of mana whenua, and developments like this can only help recognise the importance of Ngāi Tahu to our city.”

Three are conditions attached to the construction because of the loss of car parks at the Dowling St site. Photo: Peter McIntosh
Conditions include that the project deliver an office block covering the entire site, built to New Zealand Green Building Council specifications, and that construction begin within three years and be completed within seven years.

The conditions were designed to ensure "the city gets the high-spec, modern office building it expects, in return for the loss of car parks on site".

The parties are on track to meet or exceed those conditions, including starting construction in 2021 and completing the new building by 2024.

A resource consent is still required for any new building on the site and it will be subject to the usual requirements.

Hawkins will be more pleased at the loss of parking places than anything else. 650 staff on the new site. Where will they park, or will they bludge a lift like our hypocritical mayor?

The ACC staff will still park in the same place's as before and still walk the rest of the way into work.
The DCC are now pushing 130 car parks else where in the city.
And the new ACC building will be environmentally sound with 80 cycle parks, spaces for scooters and electric vehicles.
On the bright side the DCC will be gaining $3 Million from the sale.

And rainbows and fairy's at the bottom of it

Says a DCC apologist and what will the DCC be spending their $3 million on eh? More dots? Closing George Street entirely?

"The building will have space for up to 650 ACC staff who are currently spread across four locations in Dunedin"....."in return for the loss of car parks on site".

Perhaps the mayor can explain WHERE these 650 staff will park during the day? Are just all just expected to walk or bus into work?...Or perhaps a magic carpet will simply whisk them in, from all parts of Dunedin?

Here's an idea. Take all the dedicated carparks away from councillors and senior planners for a week or two. Let them fight it out with the rest of commuters, and try to find a park behind the railway lines or way up the hill somewhere. And no using public transport, rideshare, walking, or getting dropped off by others either. Let them find out firsthand what parking is really like in this city.

Why do people go to ACC? Has the DCC not thought about this? Parking is essential. Dunedin is quickly becoming the most disability unfriendly city in NZ. Well done DCC. It seems like you only want healthy, able-bodied people living and working here. So, where are the rest going to be shipped off to?

why did the DCC not develop the site, therefore keeping the land and the income from a long term tenant????
Also did the sounds of the press conference wake the person who tries to resemble a Mayor???