A plan to add 41 staff to the Dunedin City Council payroll is in part due to residents asking more of their council, Mayor Dave Culls says.

In its annual plan, the council is proposing to increase the amount it spends on staff by $4.95million to $64.96million in the next financial year.

As well as general increases across all salaries, there is an addition of 41 fulltime equivalent (FTE) jobs.

In a report, which will be debated by councillors at a meeting on the plan today, the increase is attributed to more in-sourcing of services, delivery of new operational and capital projects and replacing consultants with council staff.

It is a mixture of fixed term and permanent positions and many of the roles are fully cost-recoverable or offset by savings in other areas of the budget, the report says.

There are nine new roles proposed for the building services department, which would stop the need for the outsourcing of building consents and help manage the increasing volume of consents, inspections and code of compliance certificates. 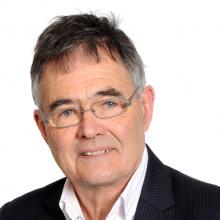 If adopted, the increase means the council will be able to process building consents for other councils, covering the cost of the staffing increase.

There are also planned increases for the transport department and the business information services area (five FTEs) to help deliver both capital and operational projects such as replacing the city's 15,000 street lights.

A correction to the aquatic services budget to more accurately reflect the actual staffing levels meant eight roles would now be covered across all of the pool facilities.

Other increases come in the service delivery, risk and compliance and project management areas.

Mr Cull said some of the increases were due to the council increasing its spending and ratepayers expecting more.

In previous years, the council had essentially frozen expenditure which was not totally necessary, but those projects could not be put off forever, Mr Cull said.

As the city grew, the council needed to invest more to ease the pressure of the growth, he said.

"You can't keep putting off renewals and in addition to that, as the city grows, you also have to invest more in the infrastructure needed to cope with that growth.''

Any time the council took on more staff it had to ensure they were required and an investment in good staff meant value for money for ratepayers, he said.

I don't want the council to do more, I just want them to do the job that they are supposed to do better. The council is already to big with to many fingers in to many pies wanting to control every asset in Dunedin. Here are some statistics published last year:
No. of ratepayers - 55,238
Council staff - 1,371
No. of staff earning over $100,000 - 189
Total no. of sick days taken - 4,009
These figures do not include all the personal that are contracted by the council, either directly or indirectly, many of whom do the actual physical work we see being done .
With the extra staff Mr Cull wants we will then have less than 40 RATEPAYERS FOR EVERY 1 PERSON directly employed by the city council.

The street light replacement program is a short term project. Why would anyone create a full time permanent position to run that?
This council are just a bunch of selfish wastrels squandering other peoples money. Mr Cull thinks vanity projects such as the Dunedin Harbour bridge will create a legacy so people can remember him. He's right, but he will only be remember for someone spending money while pensioners struggle. Dunedin can't afford this reckless spending and these self serving councilors.

Yet again KeithMcC you make a lot of sense

Another 8 people for 'aquatic services'? Wow, sea level rise must be worse than I thought

I love how the DCC and Mayor always explain their reasoning for spending to the media and ratepayers in a way that it comes across that they know what they are doing!

A staff haircut is required. Technocrats sucking OUR rates for pet projects and services that Dunedinites do not want or use/support.