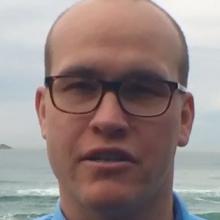 That included a legal review and consideration by the full council.

The approach has caused nervousness among smaller contractors, though several have indicated willingness to give it the benefit of the doubt.

The council said last week the two six-year contracts - yet to be signed - would reduce competition between the two big firms.

A Commerce Commission spokeswoman said looking into the arrangement was not a priority.

No complaints had been laid by the end of last week, although the commission can investigate without any complaints being filed.

The commission would "expect" the council to take into account long-term impacts on competition in the market.

The two companies would receive a minimum amount of work for the duration of their contracts.

Smaller companies would be able to get work as subcontractors and the new contracts would include a 15% minimum subcontracting requirement, he said.

An independent quantity surveyor would review pricing to make sure they were consistent with market rates.

Mr Dyer signalled a third contract may be offered "in due course", because the amount of infrastructure that needed renewing in the next decade would continue to grow.

He said the approach promoted efficiency.

"Tendering on a project-by-project basis involves significant time and costs for the Dunedin City Council and contractors," he said.

"The new approach will direct that time and cost into renewing infrastructure, while also providing more certainty for the companies to invest in their workforce capacity and capability.

"This will help them to renew our infrastructure more efficiently, helping the Dunedin City Council deliver an ambitious capital works programme."

Mr Dyer said the two contracts, expected to have a combined worth of about $10 million a year, amounted to less than 10% of the council’s capital and renewals budget.

"There will continue to be a variety of opportunities available for smaller companies to work with the Dunedin City Council."

I understand the theory behind what the DCC is trying to achieve with this. However, I have two reservations.
First, whenever concerns have been raised in the past about DCC decisions to accept this or that tender (usually because a local company has lost out to out-of-towners), the council's stock response has been that the tender process is robust and transparent and achieves the best outcomes. This new approach seems to fly directly in the face of that.
Second, this new approach will require very close monitoring by council staff to ensure that ratepayers are receiving the best possible outcome. Without tendering of each project, how can the city be assured it is getting the best deal?
I fear that this new approach will allow a bit of bloat and inefficiency to creep in. Personally, I don't have faith in DCC staff being able to monitor this.
Again, Cr Vandervis demonstrates that he is one of the few councillors who fully understands the potential implications and perils of these sorts of "deals". Full credit to him for asking the questions. Ratepayers will need a strong watchdog to monitor this new arrangement.

Is this now the norm? Even though this was possible in the tenders process, this has the potential to encourage backhanders - especially in the current climate of Covid-19 where people are desperate for coin.

Sorry the tender process is part of a robust procedure that has been created to stop shady deals.

"Tendering on a project-by-project basis involves significant time and costs for the Dunedin City Council and contractors," Tom Dyer said.

"The new approach will direct that time and cost into renewing infrastructure, while also providing more certainty for the companies to invest in their workforce capacity and capability.

"This will help them to renew our infrastructure more efficiently, helping the Dunedin City Council deliver an ambitious capital works programme."

This has the potential to see the ratepayers off even more and without a fail-safe procedure - this has flaws.

The place is being run by a group of clowns.