Questions remain over Grady Cameron’s future as chief executive of Aurora Energy as the fallout from a damning review continues. 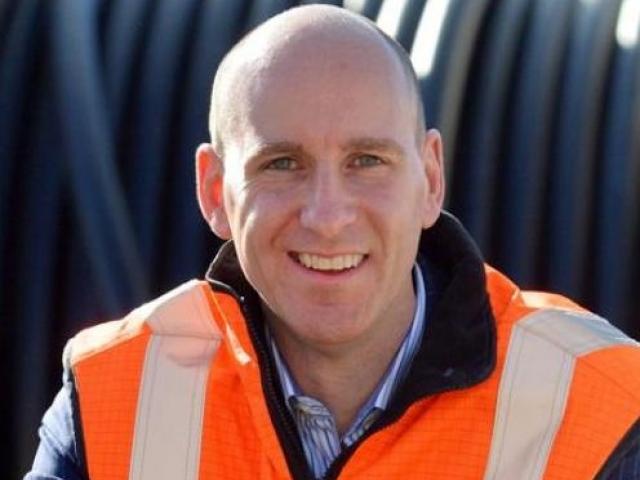 The questions over Mr Cameron’s position come as his more than $560,000 salary was once again labelled ‘‘obscene’’.

‘‘If this is what you get as a result of a chief executive being paid like that, then I’d hate to think what you’d have to pay the person to do their job properly,’’ Cr David Benson-Pope said after the ODT contacted councillors for their reaction to the Deloitte report, released on Monday.

The fallout from the review comes as two neighbouring councils have called on Aurora and its sister company Delta to prioritise fixing dangerous poles in highly populated areas.

Whistleblower Richard Healey, who had a meeting with Dunedin Mayor Dave Cull for the first time yesterday, said it was clear Mr Cameron would lose his position as chief executive of both Aurora and Delta.

He believed Deloitte’s recommendation for there to be separate chief executives meant Mr Cameron would need to reapply for his job and he would not be selected as chief executive of either company.

Mr Cull said in a statement it would be inappropriate for him to comment on any employment issues associated with having two chief executives instead of one.

However, the recommendation for two chief executives would be put in place in ‘‘due course’’.

‘‘For this reason, it is clear that CEO roles will change.’’

Aurora and Delta chairman Steve Thompson said no decisions had been made on whether Mr Cameron would have to reapply for his job.

A renewed focus on maintenance would mean more jobs across the region and at Delta.

‘‘If we put behind us what happened ... it’s a pretty exciting time for Delta.’’

The CODC announced yesterday it was working with Delta to identify locations where pole replacement was a priority due to higher numbers of people gathering.

It had developed a list of locations where there would be public events over the summer, a spokeswoman said.

Delta was reviewing the condition of poles in those locations and would replace or provide temporary support for them if required.

Queenstown Lakes Mayor Jim Boult said the QLDC had asked for two poles in its camping grounds to be replaced before Christmas. It had asked for other at-risk poles to be either replaced or stabilised before the end of March next year.

Mr Cull said the DCC was also working with Aurora and Delta.

''Just like CODC, the DCC and Aurora/Delta have agreed to work together on the prioritisation programme for pole replacement so poles that present the greatest risk are replaced first.''

Cr Andrew Whiley yesterday described Monday's report as ''very fair'', saying Mr Healey had raised a lot the community had not been aware of.

Asked if Mr Cameron should stay in his role , he said: ''I'll continue to support the chief executive in the role.''

Cr Benson-Pope said the report was ''a good start''. However, the issues raised and the resolutions suggested it had ''a way to run yet'', so he was ''...staying on the case, I guess, as everyone will be''.

Cr Mike Lord said the report was balanced and had vindicated what Mr Healey had said. ''I don't feel it was a whitewash, let me put it that way.''

He would not make a call on whether Mr Cameron should stay or go.

Cr Lee Vandervis said the review had been ''narrowed and spun to cover up for our old boys''. He agreed with Mr Healey that Mr Cull, DCHL chairman Graham Crombie and Mr Thompson were trying to minimise the problem.

''What is needed is a really independent investigation.''

He was also concerned about Mr Thompson, a former Deloitte tax partner and office managing partner, becoming the new chairman of the companies' board, which made for ''too many close associations''.

Cr Doug Hall said the report was good but it did not matter if Mr Cameron stayed or went. Board directors would need to give the two chief executives in the roles clear direction, which had not been done previously.

Once again Dave Cull supports a white-wash "review" that says nothing about how Aurora/Delta management directed a reduction in maintenance resulting in a multi-million dollar blowout in expenditure. How long did Delta management think they could get away with ignoring the fact that poles will continue to rot if not maintained. Dave Cull is now well-known for avoiding apportioning blame for ineffective management by Council owned companies. Why ?