The former Gregg's building at 21 Fryatt St (centre) and the Wharf Hotel building at 25 Fryatt St (right) are being redeveloped by Russell Lund. Photo: ODT files
A Dunedin developer says the council needs to "be careful" with its development contribution policy, to avoid dissuading people from tackling heritage developments. 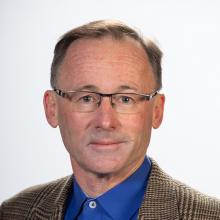 A development contributions hearing took place on Friday regarding Russell Lund's three buildings on Fryatt Street. Mr Lund was seeking remission of $38,538 for alterations and expansions of 21, 25 and 27 Fryatt St, which were intended to be used for residential and visitor accommodation.

The buildings include the Wharf Hotel and former Greggs' Coffee Factory.

Mr Lund argued the development contribution assessment was flawed, and that his proposal should have been assessed as residential accommodation, rather than as the more intensive visitor accommodation.

He believed the council erred in not crediting previous commercial accommodation, and said the project's benefits for the city outweighed need for a development contribution.

In a statement, he said the council needed to be "very careful with their policy around development contributions for adaptive re-use heritage projects".

"There are many challenges and unexpected costs that face those brave enough to tackle heritage redevelopment," including a "torturous" Resource Management Act process, ever-growing consultant costs, and rising consent document complexity.

"Some of the city's leading proponents have decided that they will no longer be involved, and advise those considering projects that the process is fraught with DCC risk and construction risk."

Independent commissioner Jinty MacTavish would deliberate on the issue and release her decision "as soon as possible".