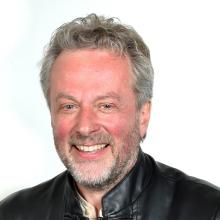 Lee Vandervis.
A vote on how much money should be set aside for placed-based groups in Dunedin divided city councillors for a short time yesterday.

As part of the 10-year plan deliberations, the Dunedin City Council voted to set a financial amount for its proposed placed-based community grants scheme.

An initial option of $200,000 per year for the next three years was put forward by Cr Mike Lord and seconded by Cr Lee Vandervis but failed after councillors voted 8-7 to oppose the option.

A short time later, councillors voted to adopt a $300,000-per-year option, after it was put forward by Cr Aaron Hawkins.

Only Cr Vandervis voted against the second option.

The councillors who voted for the first option all said they were not against increased funding for placed-based groups but were concerned there were no firm criteria set as to who could apply for it.

Council community development manager Joy Gunn said the criteria were being developed and would be presented at a full council meeting later this year.

Placed-based groups were defined by a geographical area and served people within that area but were not interest groups which served a certain demographic, such as the elderly or a specific ethnic group, Mrs Gunn said.

There were about 16 placed-based groups in Dunedin, she said.

Groups who were located within an area already served by a community board would still qualify for the funding.

Cr Chris Staynes said he was worried the council could end up funding groups which did the work meant for social services instead of advocating for their communities.

Cr Marie Laufiso said her support of the bigger projects was dependent on the higher level of funding for placed-based groups.

``Some families in our community cannot afford to take their children on bus trip or a pass to Moana Pool, so this type funding is an investment in our poorer communities.''