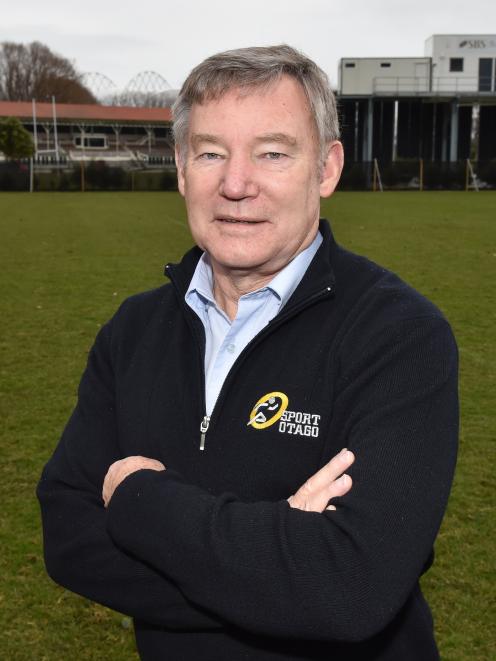 Sport Otago chief executive John Brimble.
Sport Otago has taken aim at the Dunedin City Council by questioning its commitment to an active city, the redevelopment of Logan Park and plans for a new Mosgiel pool.

The concerns were raised by Sport Otago chief executive John Brimble and development and capability manager Owen Booth on the second day of public submissions on the council's 10-year plan yesterday.

Mr Brimble told the meeting he was "surprised'' to see the 10-year plan made no mention of the city's parks and recreation strategy, despite it being one of the city's eight key strategies.

That implied - despite the extensive consultation and community input that went into the document - "the strategy will not be resourced'', he said.

"It looks as though the implementation of the strategy is not funded.

"On behalf of all those groups that were involved in that exercise ... we are asking the question: having adopted this, how is council going to address the implementation?''

Mr Booth was also concerned to see no mention of funding for the redevelopment of Logan Park, which had been on the cards since 2006.

The council had originally allocated $12 million for the work, and various versions of plans for the project had been discussed by the council and sporting groups over the years, he said.

That eventually culminated in a concept presented to the groups last year, which was to be put to councillors last September, he said.

Sport Otago had heard nothing since then, and the council needed to explain the lack of funding and reconsider its position, he believed.

"It's frustrating for us to see that not only is it not in the plan, but we haven't had an explanation as to why,'' he said.

Mr Brimble said the council also needed to consider more support for the Mosgiel pool project, as the millions the community was required to raise towards the project's total cost was "a huge ask''.

"Mosgiel is part of Dunedin. It's not separate. We believe there has to be a wider community investment to ensure that pool goes ahead.''

The suggestion of more funding for the pool project prompted questions from some councillors, including Cr Lee Vandervis.

He questioned why the council's level of support should change, when it was the community that floated the project on the basis it could raise $7 million towards the total cost.

Dunedin Mayor Dave Cull also questioned whether Mr Brimble was aware the fundraising sum was based on the Mosgiel community's desire to have a pool "way beyond''' what could be justified by its population.

"I am acutely aware of that,'' Mr Brimble replied.

Deputy mayor Chris Staynes said an advisory group, comprising councillors and members of the Taieri Community Facilities Trust, was preparing a submission on the issue for the 10-year plan.

"There is some work going on,'' he said.

This is totally awesome to see that people are starting to question the Council, Councillors, Cull and the Greens. Keep up the good work and keep questioning them, if you don't agree with something that they are doing question them, in time they will wake up, pull up their socks and start to understand they just can't do the BS they have been doing and getting away with. they need to be held accountable. Good on you sports Otago. John Brimble how about being a point of contact, mentor for those who wish to do the same but don't know where to start. John Brimble and Owen Booth nothing but respect for you both