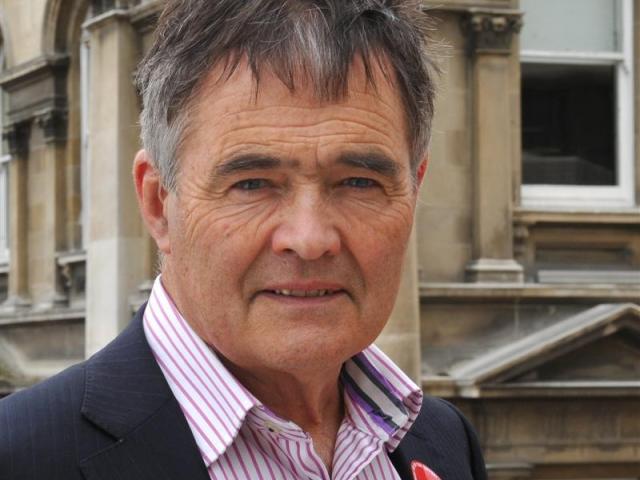 Dunedin faces a 7.3% rates rise as the Dunedin City Council eyes a decade of increased investment, but Mayor Dave Cull says it is essential for the city to keep riding a wave of activity.

Mr Cull was commenting before today's start of public consultation on the council's latest 10-year plan, which outlined proposed spending for the decade to 2028.

It detailed an ambitious plan to spend $614 million replacing stormwater pipes and other key pieces of city infrastructure, and a further $100 million on big-ticket projects such as a waterfront bridge and central-city upgrade.

Mr Cull said the city had slipped behind slightly in infrastructure renewals and needed to ''catch up''.

But the council and its ratepayers also needed to be ''ambitious'' and continue to invest, if the city was to compete with other centres and attract new residents, businesses and other benefits, he believed.

''It's like surfing. You can't afford to let the wave get past you or you just get left behind.

''You've got to ride it, and that takes some effort and some investment in this case.'' 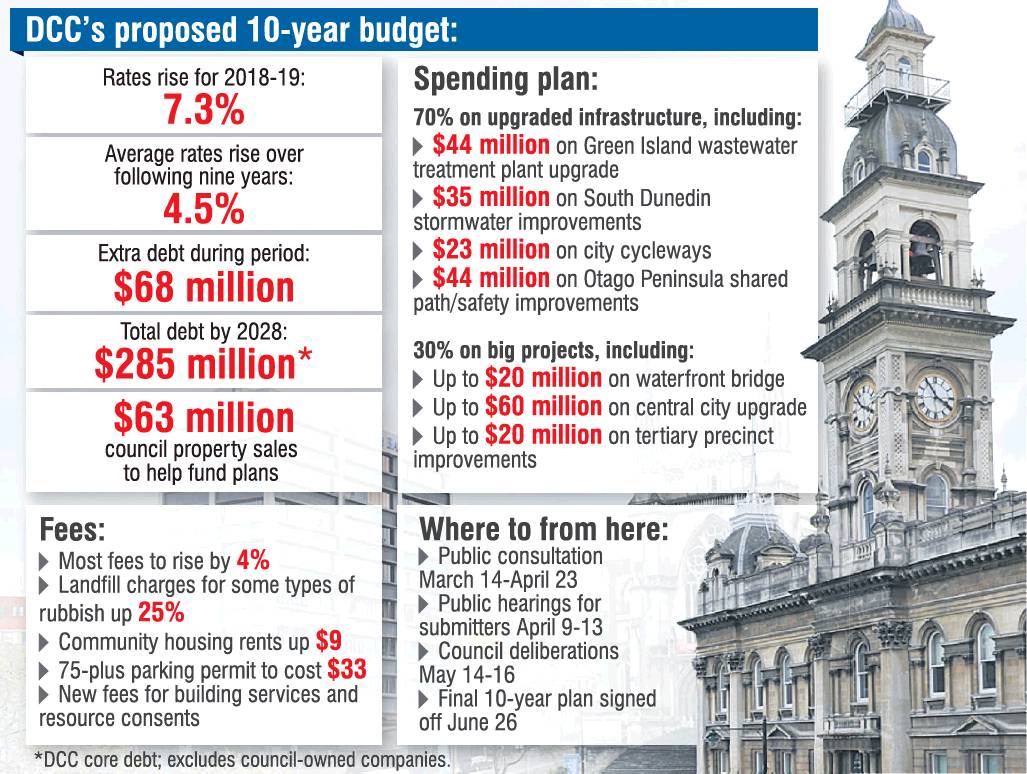 The council had come out of a period of austerity, during which rates increases were limited to 3% and spending was cut, as the focus shifted to driving core council debt down below $230 million.

That had created some headroom in the council's budget, and the city was better positioned to afford more spending, as the number of jobs and businesses in the city grew, he believed.

''To that extent, it is more affordable, but I'm acutely conscious that for a lot of ratepayers on fixed incomes, this is hard.

''But we've got to balance up the benefits or the need to invest in our future with the cost today. If we don't go down this road, we effectively don't maintain the momentum that we've built up as a city.''

Public consultation on the draft document, which is being sent to ratepayers, would run until April 23.

And, in a break from tradition, public hearings giving submitters a chance to have their say in person would be held part-way through the consultation period, from April 9-13.

Submitters would be able to comment on a series of big-ticket items included in the plan, from a $44 million wastewater treatment plant upgrade at Green Island to $60 million worth of central-city improvements.

Another $35 million was included for South Dunedin storm water improvements, as was $20 million for an architectural bridge to the city's waterfront.

At the same time, core council debt - excluding companies - was forecast to climb from just over $200 million now to $285 million by 2028.

Mr Cull said the budget would allow the council to tackle the big challenges confronting it over the next decade, chief among them being the sheer pace of climate change and its impacts.

''Confronting climate change is becoming business as usual,'' he said.

''I think one of the big risks facing us, right around the country, is just how fast things will change. And we will have to respond to it.''

The city was ''just buzzing'' but he encouraged people to have their say on how best to maintain momentum.

Cool Dave. You underspend on things needed, flood issues etc, maintenance. Overspend on cyclists for you and your buddies, and now we need to overspend to catch up?
Who taught you how to manage our money? That you enjoy a chunk of for a pay cheque

"...Cull said the city had slipped behind slightly in infrastructure renewals and needed to ''catch up''...."

Utter crap! The city under Cull and the previous mayor have allowed basic maintenance and renewals on core infrastructure to be intentionally deferred, while spending and dividends were channeled into propping up the bloody stadium and other ridiculous folly's.

You must think we were born yesterday to try and blame huge rates hikes on infrastructure renewals now.

The biggest challenge facing the Dunedin ratepayer is Cull and a dysfunctional overblown council under his tenure.

Why can't the council live within its means like the rest of us have to? That kind of a rate hike is over the top. Just where do they think we are going to find the money to pay this???

The DCC should control its existing costs, just like any family/business and keep its increases to under the after tax annual wage inflation of its ratepayers. Invest in areas that generate growth, but for rate-payers sake, cut out the items/services which are not supported/used sufficiently.

The consolidated debt (including net derivatives) already stands at $589m per the 2017 financial statements, costing the rate-payers $38m in interest alone annually, at a time of historically low interest rates. Stating core debt is irrelevant as the council moves borrowing/funds around to related entities- just think stadium debt.

What a deluded bunch of fools these councilors must think ratepayers are. $47 million on cycle ways and shared path / safety improvements. Another $20 million for a bike / shared bridge to the harbour precinct.
These twits are hell bent on chasing their personal hobbies and having all ratepayers pay for it.
And this before they add the Pt Chalmers $25million and however many millions for the Wingatui and Caversham tunnels and connecting tracks.
The best these economic vandals can come up with is Dunedin must sell off profitable assets and endure excessive rate rises.

And now Dunedin must bear all this to fight global warming. What a load of rubbish. Just economic mismanagement, pure and simple.

Let's get this straight, because the city is "just buzzing" we need to carry on the momentum and ride the wave by increasing rates, increasing fees, selling $63m of assets and increasing debt to $285m? Oh and I will still have to pay a small fortune to buy a bin bag so that the rats can spread my non recyclable waste around the streets.

General consensus is that this is a bad thing, and this has happened in recent years too. Can't stress the importance of voting when and wherever possible.

And let us not forget the planned increase from Aurora to pay for essential repairs to the network. The network that was allowed to rot so that increased dividends could be paid to the council to cover stadium debts. So we're actually being asked to pay out twice.