Death of a glam rock star 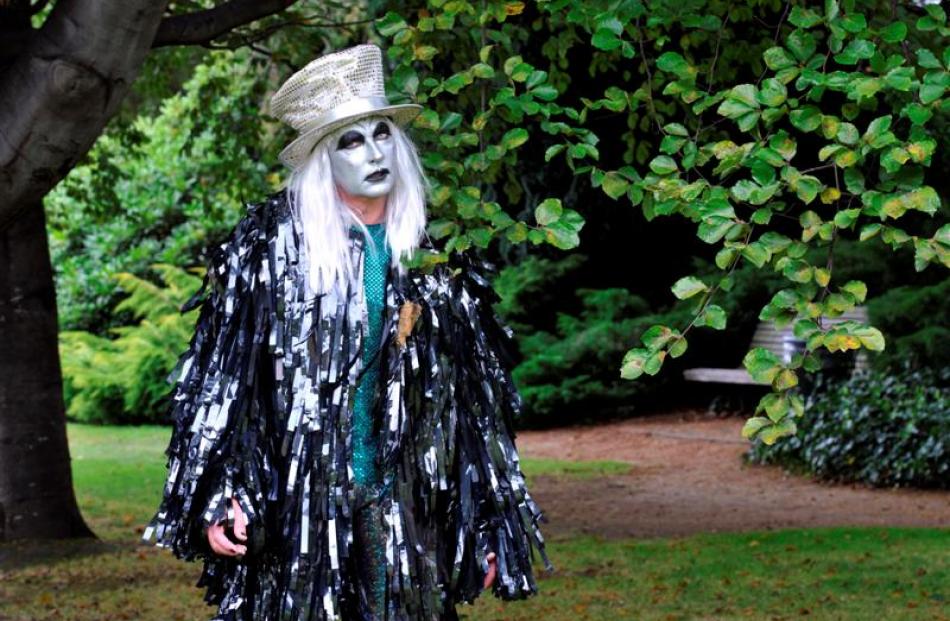 Dr Glam makes one of his last outings before being sent to the crypt by glam rock musician Ian Chapman. Photo by Craig Baxter.

When Ian Chapman kills off his alter-ego Dr Glam later this month, he runs the risk of being considered a murderer by many of his glam rock fans.

But it's a risk the University of Otago contemporary performance senior lecturer is prepared to take, because he believes he is being true to the glam rock ethos of ''transience and disposability''.

''Glam rock, in its UK-based original and most powerful inception, only lasted for five years [1971-75] as the dominant popular music style of the time.

''Artists such as Suzi Quatro, Sweet, Slade and T. Rex burned like shooting stars or skyrockets and were then gone - fallen out of favour as punk rock took over.

Dr Glam has become Dunedin's brightest ''mock-star'', but Dr Chapman said it was time for him to be ''killed off'' too.

When Dr Glam was officially launched/born in 2008, it was simply ''the bringing-to-life of an alter-ego'', he said.

It was a persona which had been part of him since 1973, when he was 13 years old and first discovered glam rock.

Dr Chapman said having largely abandoned Dr Glam during the first three decades of his adulthood, he brought the character back to life and put him on stage, primarily as a teaching tool for his work in the University of Otago music department.

''Lecturing on Bowie-esque image creation and character development, I guess I was putting my money where my mouth was, so to speak.

''Dr Glam is my living and breathing example of a performance persona and I used him to demonstrate to students the power of image and how a performer's on-stage persona can be a carefully constructed theatrical entity.''

While he felt no remorse about killing Dr Glam, Dr Chapman said he would miss people's reactions.

''When you're confronted by a person in the street dressed like this, it's hard not to smile.

''But I won't miss the preparation time. It takes about an hour to create Dr Glam.''

Dr Glam will be farewelled in his last concert on February 28 in a sparkling visual and musical finale at Refuel.

As for his next reincarnation, Dr Chapman said he was working on a new persona which was as far from glam rock as you could get.