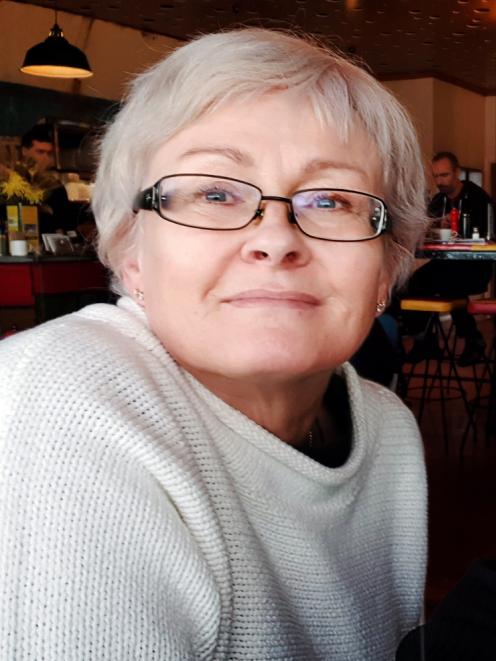 Lindy Wilson
The death of a Dunedin woman from meningococcal-related blood-poisoning has prompted her sister to warn others to take care of their health.

Between 10% and 15% of people carry the meningococcal bacteria neiserria meningitidis in their throats, and in rare cases the bacteria can invade the bloodstream of the person carrying it and cause sepsis or meningitis or both.

Ms Wilson, director of marketing services at the University of Otago, was "pretty engaged in her work", Mrs Brownlie said.

However, between March and her death in June she had a cold she could not seem to shake off.

She took some time off, but her symptoms "never went away" and her doctor told her her immune system was weak, Mrs Brownlie said.

"She was a worker. She was someone that had to work, and she felt that it was a cold, an annoying cold."

The day before the night Ms Wilson's family believe she died, she returned to the doctor. Mrs Brownlie understood she was prescribed more antibiotics.

In the evening, Ms Brownlie came over to help Ms Wilson clean out her wardrobe.

The family discovered she had died on Wednesday when Mrs Brownlie asked her son to go and check on his aunt.

The death was still raw for everyone, but particularly for him, Mrs Brownlie said.

"[He] was hugely affected."

After a postmortem was carried out, the Southern District Health Board offered antibiotics to both the family and police who attended the house.

"These diseases can occur in any age group, but mainly affect those under 5 years, teenagers or young adults. Household crowding can also be a risk factor," she said.

Dr Poore said the onset of meningococcal septicaemia was often rapid and involved fast deterioration. The symptoms were high fever, feeling very unwell, and headaches in some cases.

In relation to the cold Ms Wilson had, when patients experienced persistent illnesses, it was important they sought advice from a healthcare professional.

Advice available from the Ministry of Health said while anyone could develop meningococcal disease, it was more common in those with weak immune systems.

Mrs Brownlie said Ms Wilson, like everyone else in the family, had a high threshold when it came to soldiering on through physical illness.

"We are all quite hardened."

Mrs Brownlie strongly urged people to get themselves thoroughly checked out when they had "any ongoing condition that seems like a cold".

"Anything that goes on should be seriously looked at."

She described her sister as an outgoing, family-oriented person.

Ms Wilson was also a sports fan, and her job involved managing the university's relationship with the Highlanders rugby team, which it sponsors - a role she thoroughly enjoyed.

A representative from the Highlanders spoke at Ms Wilson's funeral, Mrs Brownlie said.

Among her professional achievements were developing the "highly effective Only Otago campaign", which she worked on with her team.

"It has been very successful for us and it certainly moved the hearts and minds of thousands of students who chose to come to Otago."

Lindy Wilson's fatal case of septicaemia was one of 12 incidents of meningococcal disease the SDHB was made aware of in 2018, affecting people aged between 3 and 57.

There were three other cases of meningococcal disease at the university during the year, at residential hall Studholme College. A fourth student who was not living there was also diagnosed.

The disease can lead to meningitis (inflammation of the brain) or blood poisoning (septicaemia), and bacteria that cause the infection can be spread by contact such as coughing, sneezing and kissing.

SDHB medical officer of health Susan Jack said Ms Wilson's death was "an isolated case" unrelated to the others.

"The events that cause meningococcal disease are poorly understood but include a combination of organism, host and environmental factors," Dr Jack said.

The 11 people who survived made a full recovery.

Dr Jack said eight of the 12 cases were Group B, the most common group, one was in Group Y and the remaining three were in "superstrain" Group W, which claimed six lives nationally last year.

Staff and students at Studholme College were offered antibiotics in July, after the third student living at the college was diagnosed.

An Otago Polytechnic student died after contracting meningitis in 2016.

People who suspect they may have meningococcal disease are urged to either call their doctor straight away or dial 111 and say what their symptoms are.

Signs and symptoms of meningitis:

How high must fever be to warrant hospitalisation? Some patients have to be in hospital, not just given antibio.