By John Gibb
0 Comments
Seventy happy years of marriage later, Allan Rennie has absolutely no regrets about a certain unexpected encounter with the girl next door, at his father's grocery shop in Abbotsford.

And Mr Rennie, who turns 96 this month, also had no objections to some deft, but invisible, matchmaking by his future mother-in-law, Reta, who sent her daughter Dorothy (nee Tippet) to greet the nice young man at the shop.

Entering the shop to request a partner for an upcoming dance required a challenging mixture of courage and shyness from Mrs Rennie, who turns 91 next month. 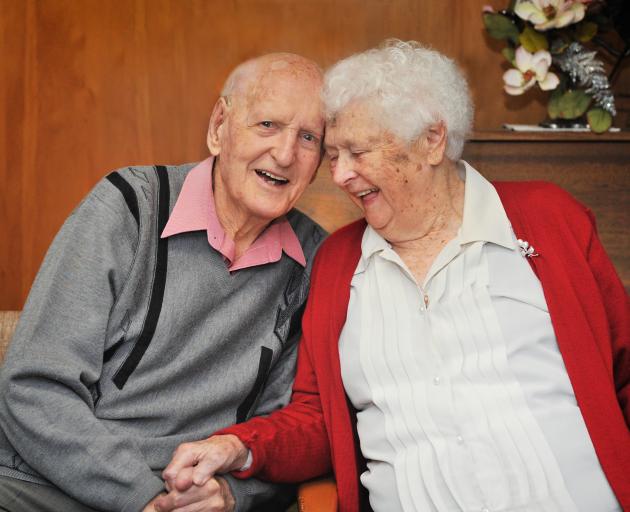 Allan Rennie (95) and his wife Dorothy (90) celebrate 70 years of married life at an afternoon tea in their honour yesterday. PHOTO: CHRISTINE O’CONNOR

Eight times she apparently entered the store, in North Taieri Rd, only to find yet another customer getting in the way, a veritable person-sized fly once more in the ointment.

"The ninth time, she stood at the door and said 'I've got to go to the dance - would you take me?'," Mr Rennie recalled yesterday.

And on the ninth try, that elusive mixture of bravery and caution was just right: the young man said "yes", and the rest, as they say, was history. 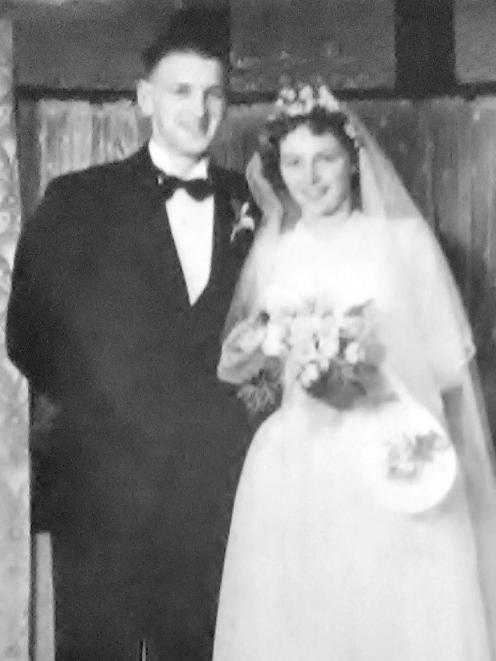 The couple at the Green Island Presbyterian Church on their wedding day, October 11, 1949. PHOTOS: CHRISTINE O’CONNOR/SUPPLIED
After working in his father's store, Mr Rennie trained as a teacher, and taught at many primary schools in the South Island, including in Green Island, Brockville and Mornington.

Asked why their marriage had been long and successful, he said they had enjoyed doing things together, including travel, both domestic and abroad.

They also enjoyed eating and "we liked playing golf together", Mr Rennie said.

They had both played at the Taieri Golf Club, and later the Twelve Oaks Golf Club.

Mrs Rennie agreed she had enjoyed sharing activities with her husband, and that love had been their biggest secret of success.

At Taieri Court rest-home, where they now live, the couple yesterday shared an afternoon tea in their honour.

Tomorrow, the couple, their four children Annette Kyle, John Rennie, Grant Rennie and Lynne Knowles, and other family members will also celebrate the 70-year milestone at a family function.

Mr Rennie said he loved his wife just as much now as when they were first married.

Three years ago, he became gravely ill with pneumonia, and spent three weeks recovering in Dunedin Hospital. One afternoon he had a telling request for daughter Mrs Knowles.

"Can you move Mum's chair closer to the bed so I can hold her hand?" he asked.

"I thought to myself, 'That's the definition of love'," Mrs Knowles recalled.