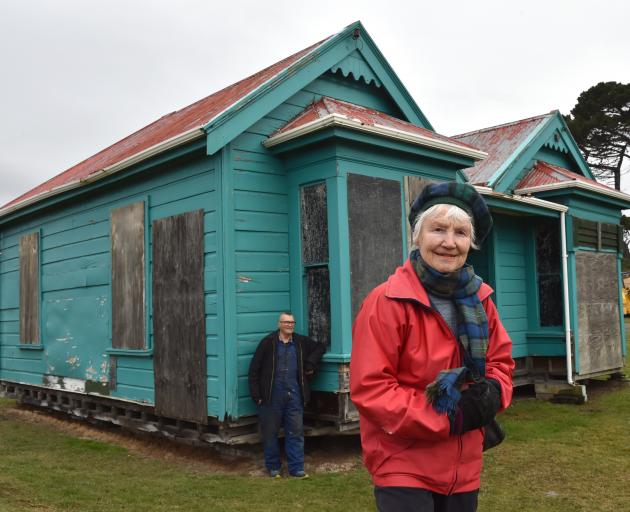 The cottage, now located near the Tahuna waste water treatment station, was originally in Braemar St, South Dunedin, near the Dunedin Gasworks Museum.

Last August, she applied to the Dunedin City Council for resource consent to move the cottage to the grounds of the council-owned gasworks museum, where it would help deliver a stronger sense of social history.

Gasworks organisers plan to use the cottage as a display building, facing Braemar St, and diagonally opposite to its original location.

A resource consent for the move had since been gained, but last December Mrs Barsby, a museum board member, was advised that complications resulting from the unexpected discovery of a historic drainage easement on the gasworks site meant that a building consent could not be issued until the matter was clarified.

And several break-ins over the years, most recently about a fortnight ago, have added to her concerns about protecting the cottage.

"I’m feeling frustrated but it’s tempered with the reality that things take time, there are processes one has to go through," she said.

"The real concern is the longer it’s left the more it starts to deteriorate, through neglect and vandalism and the difficulties that we face in terms of restoration and conserving it are the greater," she said.

Council property services group manager David Bainbridge-Zafar said the relocation of the cottage had been held up by the presence of a historic stormwater easement across the museum site, which connected to the adjacent Countdown supermarket.

"We are working with Countdown to investigate whether this stormwater infrastructure is still required or can be surrendered," Mr Bainbridge-Zafar said.