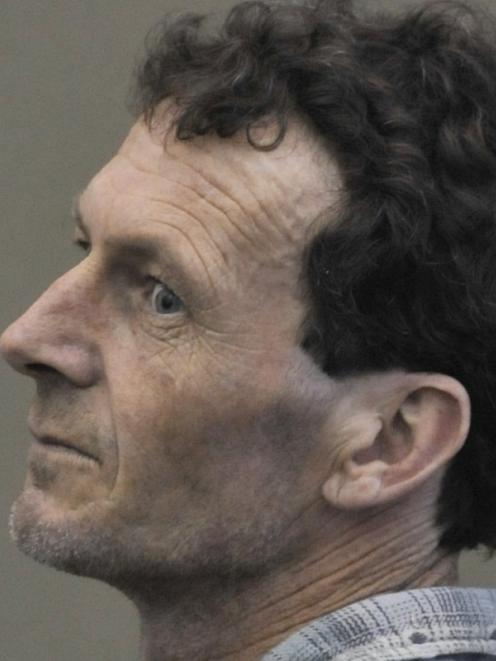 Boyd Edward Cuttance.
The mother of an Otago Corrections Facility prisoner who died after being transferred to hospital with an invasive fungal infection is still heartbroken by the lack of care provided to her son.

Boyd Edward Cuttance (44) died in Dunedin Hospital on March 28, 2012, just over two months after being transferred from the Milburn prison when his mother Elizabeth Cuttance, an enrolled nurse, found him incoherent and unwell.

Coroner David Crerar in his findings into the death of Mr Cuttance, released yesterday, said he had died from meningitis caused by an invasive soil-borne fungal infection and that he did not receive appropriate healthcare during his prison sentence in the months before his death.

Mr Crerar was also critical of the correction facility's staff for their care of Jai Davis and Richard Barriball, who died in custody at the prison in 2011 and 2010 respectively.

Mr Cuttance was seen 30 times by nurses at the prison and a GP contracted by Corrections in his 48 days at the Otago facility, but was not transferred to hospital until his mother demanded it on January 15, 2012.

''I often wondered what would have happened if I hadn't been there that day,'' she said.

Two weeks after being transferred, Mr Cuttance had a massive stroke and spent the remainder of his life as a ''body in a bed'', she said.

She found the lack of accountability at the Corrections facility distressing.

''Who knows what might have happened if they [Dunedin Hospital] had got him a month earlier?'' she said.

''He should have been in hospital a lot earlier.''

Mr Cuttance had told her he intended to take Corrections to the Health and Disability Commissioner after his release because of his treatment, she said.

''Sadly he wasn't there to be able to do that himself.''

''A total of 30 presentations in a period of 48 days should have alerted the nursing staff to the fact that there was a serious underlying illness which required urgent, expert, specialist care,'' he said.

''During his time at OCF [Otago Correctional Facility] the physical condition of Boyd Cuttance deteriorated.

''He suffered not just from headaches but from other symptoms.

''These symptoms ought to have been indicative to an experienced nurse or GP that there was something seriously wrong.''

''He had been vomiting and he had struggled to get out of bed for the visit.

''His speech became `all jumbled and slurred' and he became distressed.''

He was transferred to Dunedin Hospital and specialist care began.

However, it was only the ''subject of speculation'' if an earlier transfer to hospital could have saved Mr Cuttance, Mr Crerar said.

A report submitted to him by the specialist in charge of Mr Cuttance's care at hospital said it might ''have resulted in an earlier diagnosis of the cause of the infection and an earlier commencement to the treatment''.

Mr Crerar cleared Dunedin Hospital staff of any wrongdoing and found prison management and healthcare staff were wrong in thinking the actions they had taken were ''appropriate health care''.

Prison staff should have sought specialist care ''long before 40 days and long before 30 visits'', he said.

Mr Davis said he had heard of concerning cases of prisoners having their illnesses ignored in other facilities in New Zealand.

''There are some medical staff in all prisons across New Zealand that are less caring than they should be.''

Corrections director offender health Bronwyn Donaldson said she was confident in the care provided to Mr Cuttance during his time in prison.

''The coroner has accepted that the cause of Mr Cuttance's headaches, meningism, was obscure,'' she said.

''A senior medical specialist who treated him noted that he had only once seen a similar presentation in his many years as a specialist neurologist.

''The cause of the meningism was even more rare and treatment was compromised by the obscurity of the infection.

''The identification of the spores which created the fungal infection could only be confirmed after the autopsy.''

She offered Corrections' ''sincere condolences to Mr Cuttance's mother, and his other family members and friends''.