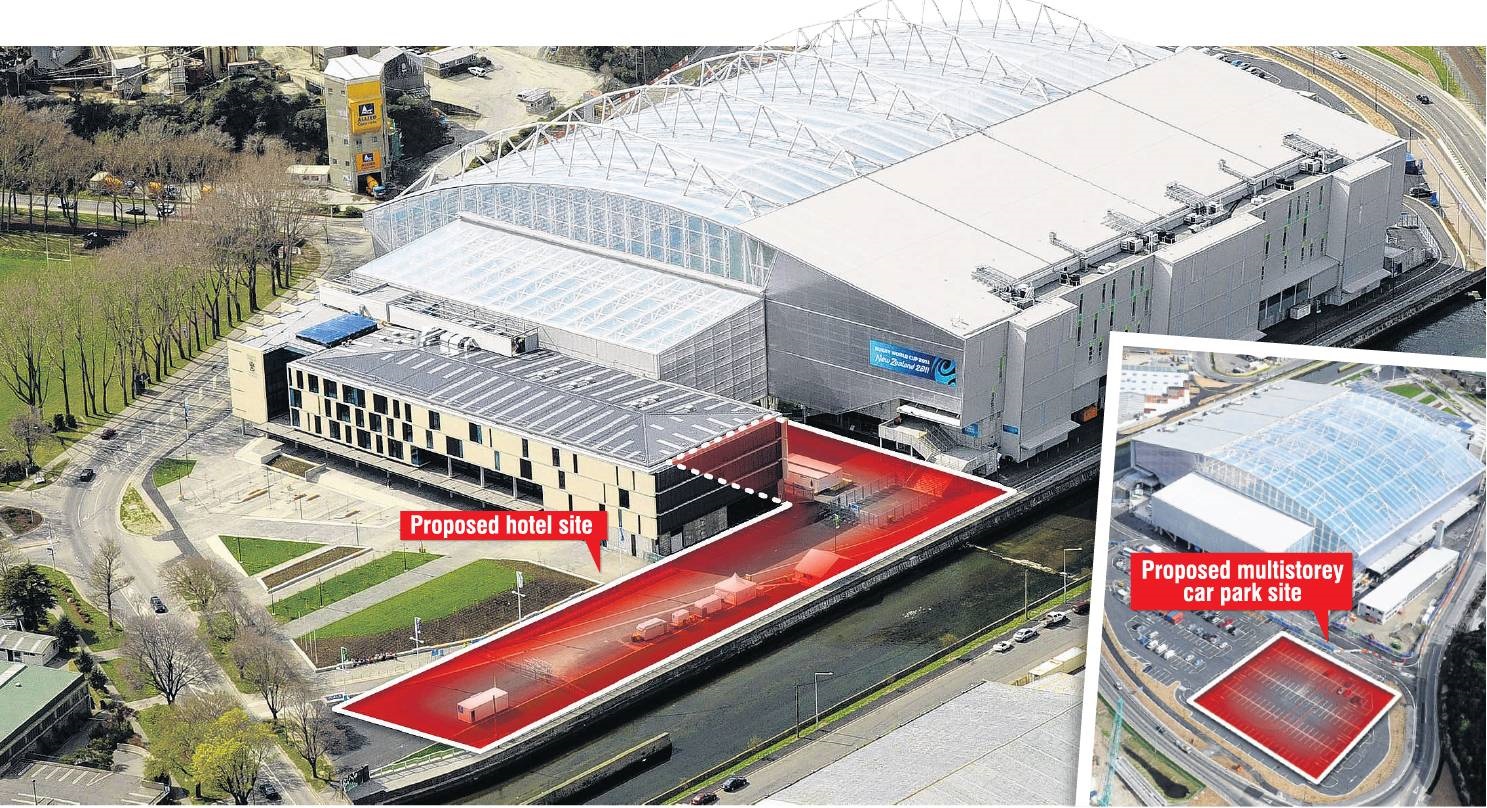 Dunedin needs to stop hoping hotel developers will come clamouring to build in the city, the man behind a recently failed proposal for a five-star hotel says.

Dunedin City Holdings Ltd (DCHL) called for expressions of interest for an addition to the Forsyth Barr Stadium footprint at the weekend.

The vision included an internationally branded hotel on site to meet DCHL plans to improve the stadium.

The proposed private commercial venture includes a multistorey car park, a sports bar overlooking the grounds, commercial office space, and a revamp of the stadium entrance, as a package.

It would future-proof the stadium, boost employment and solve the long-standing problem of accommodation in the city, DCHL chairman Keith Cooper said.

But rather than calling for interested developers to present their ideas, the Dunedin City Council-owned company should be targeting developers who could make the plan a reality, Tekapo businessman Anthony Tosswill said.

He said he spent $780,000 in his bid to build a hotel opposite the Dunedin Town Hall about 18 months ago. The process was very badly handled, he said.

He was not aware of the DCHL call for expressions of interest but he slated the approach where developers spend time and money creating a proposal "with more than likely no result".
"No-one’s going to run after them saying ‘Pretty please, do you want to put a hotel there? We’ll do it all for you’," Mr Tosswill said.

"That’s where the problem is.

"It’s totally viable, it’s totally possible, it can happen, but not the way that everybody’s doing it.

"It’s got to happen the other way around, where we’re approached."

But Enterprise Dunedin director John Christie said the vision of augmenting the stadium footprint with multiple, complementary offerings had not been presented as an opportunity before.

And the proximity to the University of Otago and Otago Polytechnic added to the opportunity, as did the prospect of visitor numbers returning to the city.

At present, in a post-Covid world, predicting an "at-capacity number" for the city was more difficult, but the vision was long-term and he believed DCHL and its subsidiaries had "obviously identified an opportunity there".

"We don’t want to be in Covid forever, do we?" Mr Christie said.

"I think the overall package is quite a different proposition for the city.

"And one that will lend itself well to that particular location."

Otago Motel Association president Alex Greenan said the proposal could increase competition for moteliers, but "the profile of Dunedin would be enhanced".

"It’s a bit of a trade-off from a motelier’s perspective, but I suspect in the long term it’s a win because we’ll get more events in the city."

University of Otago acting vice-chancellor Prof Helen Nicholson said she had not been fully briefed on the proposal and would comment after she had time to consider the details.

Has anyone thought this through? Christchurch is building a new covered stadium which with its 4x population and international flights will take most of Dunedin's previous large ticket business. Demand for a stadium (or a new on site hotel) will remain a 'DCC' dream. Unfortunately we all have to keep on paying for the white elephant until it is pulled down as it can never break even on an operating basis. Well done DCC, your ability to waste rate payers' and other people's money is stellar.

While Christchurch is getting a new stadium certainly, it's size is already being downsized due to projected budget blowouts, even before they start. Large ticket business, as you put it, will still come to Dunedin due to Dunedins larger capacity.

The Dunedin venue will still be bigger and better than the Christchurch one.

...even if you are right Dunners, the point being, in now TEN YEARS, Dunedin Stadium has never turned the fabled and promised profit, and it never will. No amount of tinkering by highly paid CEO's and managers is going to change that. This has been proven without a doubt. Not a great business model is it? The private sector wouldn't allow it to continue, shareholders would DEMAND it be sold off. But hey, that's not a worry with public money! It still consistantly costs the city huge amounts of money while critical infrastructure is left to decay. Long after the half dozen bands had flown out, the powerpoles continue to lean and we write down more borrowing. So now we're facing further and additional rate increases and an unheard of, eye watering debt level to put things right. There was a time, a short time ago, when DCC had virtually no debt......since that stadium, the financial flood gates have truly opened.....life jacket anyone?

...and the other blinding polar opposite, Christchurch people are petitioning strongly to spend their money on more seats in the new stadium. In fact, they have been demanding one to be built!
Here in Dunedin, residents WERE NOT demanding a bigger facility....in fact, if I remember rightly, most were opposed to it being built in the first place because they feared it to be a constant financial millstone around their necks!
As you say OtagoIdeas, DCC are great at throwing other peoples money about like confetti....