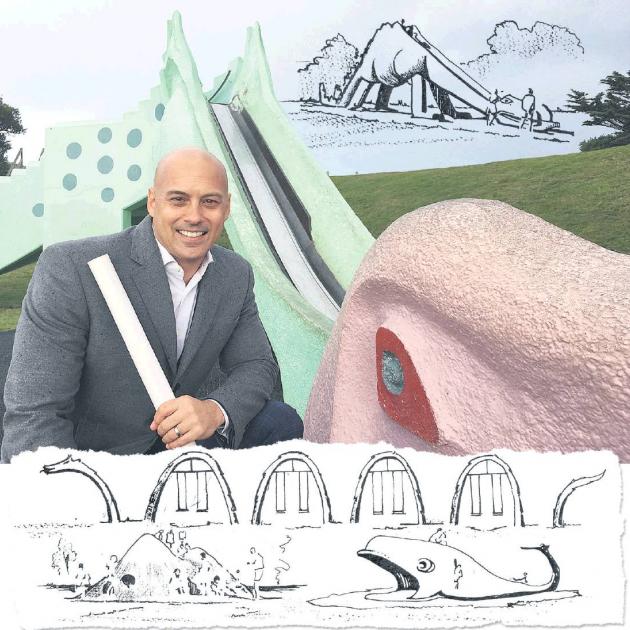 His club led the project to get play equipment installed in the park from the late 1960s.

An artist's impression, hand-drawn by a club member in 1966, details equipment that continues to entertain and exercise children in the park, including a whale, dinosaur slide, Saddle Hill tunnels and sea serpent swings.

In the proposed revamp, the original play equipment would be rejuvenated and new "iconic pieces'' would be installed, Mr van Aart said.

The "idea-collecting phase'' for the project had begun, he said.

Any new equipment must be built to stand the test of time and complement the existing equipment to ensure the fun continued in the park for another 50 years.

The community would be consulted on the designs for new play equipment, he said.

On a trip to Wellington, Mr van Aart was inspired by play equipment in Frank Kitts Park on the waterfront, especially a lighthouse with slides.

The possibilities for similar play equipment with a Dunedin theme were endless, he said.

The play equipment designs selected would dictate the cost of the project.

The "community project'' would need to be a co-ordinated effort to become a reality, he said.

"These things will only happen if the community is passionate about it and they get behind it.''

The Dunedin City Council was supportive of the project, he said.

Council parks and recreation group manager Robert West said: "It's always great when the DCC can work with community and service groups to support these kinds of initiatives.''