Post-match drinks at a Dunedin sports club could be put on hold over a disagreement about who can share a beer after a game.

The Pirates Football Club's application to renew its on-licence for the clubrooms at Hancock Park will be heard in a Dunedin district licensing committee hearing today.

At the centre of the dispute is whether players and supporters from teams playing against Caversham Football Club can be served alcohol.

Pirates have shared their facilities with Caversham since last year.

So they could use the bar after games, Caversham members are now associate Pirates members.

When the club's licence came up for renewal last year, Dunedin City Council licensing inspector Tony Mole advised Pirates, under section 60 of the Supply and Sale of Alcohol Act, it needed to enter into a reciprocal agreement with clubs Caversham played against, if their players and supporters would be sold alcohol.

Under section 60 clubs are able to sell alcohol to their members, accompanied guests (supporters) and authorised visitors (those with a reciprocal agreement).

When teams from outside Otago and Southland visited, a special licence could be applied for.

In his evidence, Mr Mole said despite repeated attempts to address the issue, including mediation, the club seemed reluctant to enter into reciprocal agreements.

Because of its reluctance, the club's suitability to hold a licence could be questioned, he said.

The situation would likely be resolved if Pirates followed the advice, Mr Mole said.

If the club was found to be selling alcohol to people not covered by section 60, it could have its licence temporarily suspended by the Alcohol Regulatory and Licensing Authority.

Pirates chairman Kelvin Tranior said Mr Mole had misinterpreted the rules and agreements with other clubs were not the answer.

Mr Tranior said his understanding of reciprocal rights was while opposition club members were allowed to use the bar, their guests (non-member supporters) were not.

"All we want to know is what the law is and how we can comply with the law.''

How the agreements could be enforced was also not clear, he said. 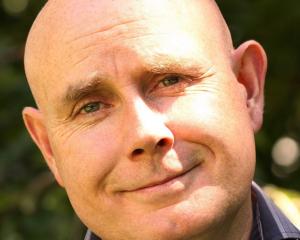 Why won't the DCC come right out and admit they want Dunedin to be a completely dry city instead of continually looking for excuses to object to liquor licences?