Despite concerns about a lack of diversity in Otago Regional Council’s leadership positions, a self-described "pale, stale and male" councillor has been appointed deputy chairman.

Cr Kevin Malcolm was a near-unanimous choice to replace Cr Michael Laws, who left the role last month saying he could not publicly promote the organisation’s direction, including its proposed 18% rates rise. 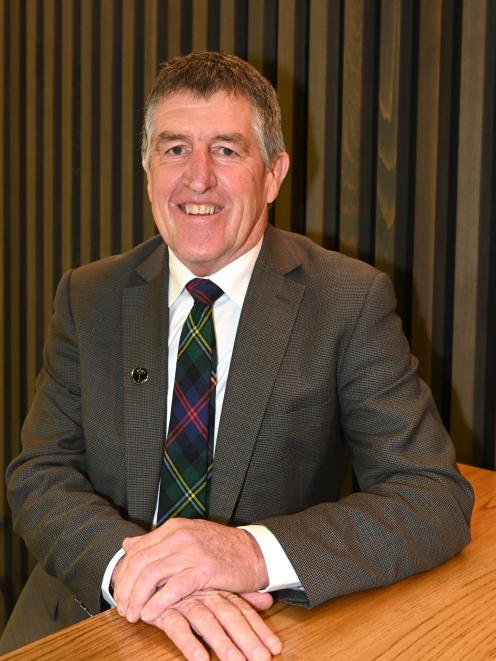 He was nominated for the deputy chairman position by council chairman Andrew Noone, who said Cr Malcolm had proven in the last two and a-half years that he had a good grasp of the work at the council "and obviously has a good connection with staff".

"I think he’s got a good broad understanding of the organisation," Cr Noone said.

However, in light of the departure this month of the council’s first female chief executive Sarah Gardner, Crs Noone and Malcolm’s similarity was raised as a point of concern by several councillors at yesterday’s full council meeting.

Cr Alexa Forbes said she had faith in Cr Malcolm’s ability, but also held serious concerns that Crs Noone and Malcolm did not offer enough diversity.

"I worry that we have a situation of the least possible diversity, it appears to me, around the table," Cr Forbes said.

"And in consideration of other things that are happening, for instance an acting or interim CE possibly to be appointed, it looks like the diversity is going to be really quite low.

"In the worst-case scenario I can see three humans, who are male, of a certain age, making decisions for the whole region — and I’m a little bit concerned about that."

Cr Bryan Scott said the chairman and deputy chairman formed a team at the council, and the last team had presented a front of "two against one" against Mrs Gardner in terms of their views.

A chairman and deputy chairman should be complementary, Cr Scott said.

Cr Gretchen Robertson said previously at the council there had been a goal of diversity so as to "unite the table, essentially, and the community".

"It hasn’t gone well with our previous deputy chair, let’s acknowledge that.

"I think we are in a really serious situation as a council of needing to unite and we really do need to think about that."

Cr Laws said he thought diversity was "one of those ‘shopfront things’ that really don’t mean much".

Nevertheless, he said in terms of age and skin colour there was a considerable lack of diversity around the council table.

Cr Malcolm said he would consider his fellow councillors’ concerns.

As a councillor from the Waitaki district he knew he represented a highly diverse part of the region, one with a notably "huge Pasifika community".

His mind had turned to diversity during a recent meeting of the Otago Community Trust, he said.

There was a diverse mix of people in the room.

"And then we had me sitting in the corner who was grey, pale, stale and male," Cr Malcolm said. "In reality, while I may look that way, my head is not."

Cr Kate Wilson said she appreciated diversity was an issue, but with the October election she saw the appointment as a short-term job and both Crs Noone and Malcolm were good at communicating and good with the community.

Cr Scott was the only councillor to vote against the appointment.

Surely competence and experience account for more than ethnicity or gender.

Anyone who thinks all white men of similar age think alike and have similar backgrounds has been locked in a cellar since childhood. Same applies for brown women, white women, old, young, virgins, bi- and omni-sexuals. "Diversity" is tick-box nonsense with its assertions that somehow having different ethnicities, sexes and ages the results will improve.
Concentrate on candidates' track records. Is their judgement respected by people who have had dealings with them? Do they tend to favour one group (political, urban/rural, ethnic) over others? Do they pick allies and promote them to further their projects, do they sideline those who have differing views and prevent them making the input we elected them to bring to the table? Are they intellectually able and willing to take on information that contradicts their previous beliefs?