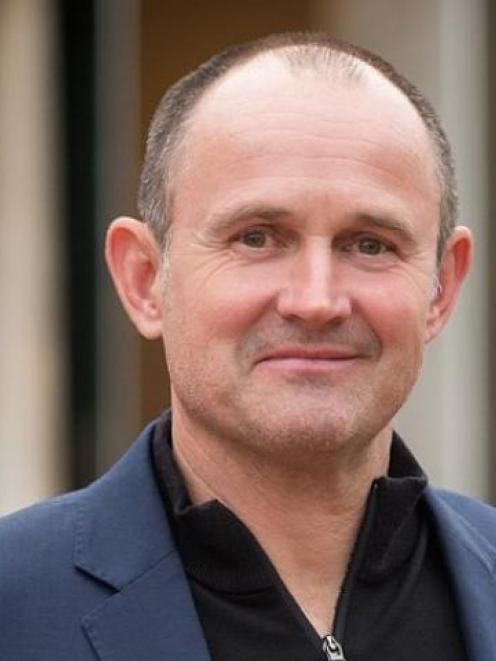 Cr Steve Walker. Photo: ODT files
Under-reporting of dog faeces on footpaths is hiding a widespread problem in the city, and one Dunedin City councillor says more should be done.

The council’s planning and environment committee was considering an annual report from the animal services department when the issue of errant dog faeces was raised.

Cr Steve Walker noted only 24 complaints were received about dogs fouling footpaths between July 2020 and June 2021, and asked whether it was likely that the problem was being under-reported.

Council compliance solutions manager Ros MacGill agreed that this was probably the case.

Cr Walker went on to praise the efforts of the Poo Off Our Paths (Poop) group in tackling the problem, and said he often saw dogs off their leashes when he travelled through areas where a leash was required.

He asked if there was a correlation between dogs being off-leash and instances of fouling of footpaths, and what could be done under current resource constraints to address the problem.

Ms MacGill said she could not say for sure there was a correlation, but ‘‘dog owners do get distracted’’.

The council could direct animal services staff to focus on particular problem areas to tackle the issue, she said.

Speaking after the meeting, Cr Walker said leaving it up to dog owners to do the right thing had not been working.

He said the efforts of groups such as Poop to provide bins for disposing of dog faeces had shown a possible solution, and suggested the council should itself provide more ‘‘strategically placed dog poo bins’’ to help owners do the right thing.

Only 24 complaints received so this means it must have been underreported?? How did they come to this conclusion? It sounds a bit like “fake news “. Undoubtedly dog poop is problem so it’s good to see DCC councillors getting stuck into something they just might be able to handle! The next thing they need to look at are cyclists running pedestrians off city foot paths! however they have told me this is not an issue because they have not received many complaints?

We own a dog, we scoop his poop and we're ropable about the quantity of dog dirt on the paths in our area. Sometimes we've even seen someone stand and look the other way whilst their dog unloads... right outside our gate. It's disgraceful and needs to stop.

This topic has been a refuge for the trivial-minded for at least 40 years. As such, it's a sure-fire method for identifying the councillor least likely to be a success.

That's a bit harsh on a councilor for raising a legitimate topic. Do you have any examples or evidence to back that claim Coker?

It stands to reason that a decline in reporting of dog fouling is due to less dog fouling. But no, lets go for a conspiracy theory, people have suddenly, for no reason, started to under-report dog fouling.

The problem isn't as bad when there are sufficient bins to dump the waste in. There may be a lesson there for the council.

Of course there's a correlation between dogs being off-leash and poop not being picked up. Most owners with a loose dog are totally unaware of when their dog has a toilet stop, whereas a dog on a lead can't be ignored. But either way, it doesn't prevent any dog owner from not picking up the poop. Provide more bins, more signage and wardens who can issue fines.