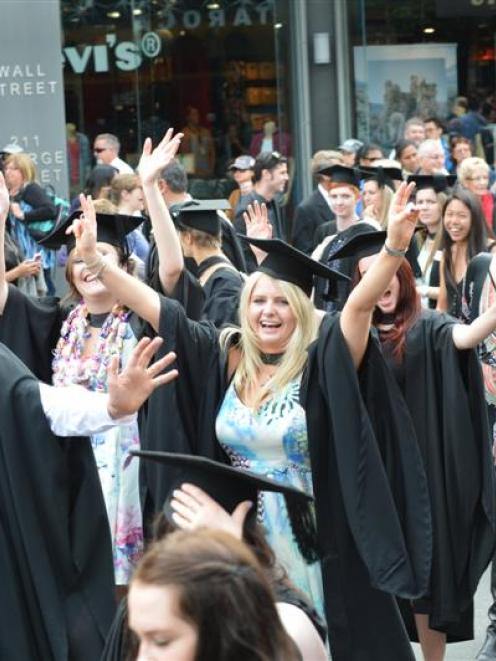 In October and December more was spent in the city by domestic visitors than in those months in previous years since records began in 2008.

Also, spending in November 2013 was the second highest for that month since 2008.

Growth in Dunedin was stronger than throughout most of New Zealand, which overall had an 8% increase in domestic spending last year compared with 2008.

Data was based on electronic card transactions.

It did not distinguish whether New Zealand visitors to Dunedin were par- taking in tourism activities, or came to the city for other reasons such as business.

There were several conferences in Dunedin late last year, as well as graduations and sporting events.

The reopening of the Dunedin Centre and Dunedin Town Hall complex had put Dunedin ''back on the list'' in terms of conferences and other events, he said.

''The domestic tourism market is an important part of the mix for us. The accommodation sector saw some pretty good numbers at the back end of last year, especially in December, and student graduations were a significant contributor to that.''

Consumer confidence was also increasing, as was job security, which meant people were more likely to travel for leisure and spend more, Mr Christie said.

He expected another spike in domestic visitors to Dunedin in February, when tertiary students arrived - often accompanied by their parents.

Christmas shopping helped boost spending in Otago to more than $270 million in December, as shown in Paymark data.

There was anecdotal evidence some people from outside Dunedin travelled to the city to shop for Christmas presents, and as such their transactions would be included in domestic visitor spending figures.

The data made him ''cautiously optimistic'' about the city's improving tourism economy, he said.

''From a commercial accommodation perspective we've still got a way to go, although we are heading in the right direction. The spend and the increasing amount of business to the city is obviously a good thing, and overall our current operating environment appears to be a more positive one,'' he said.