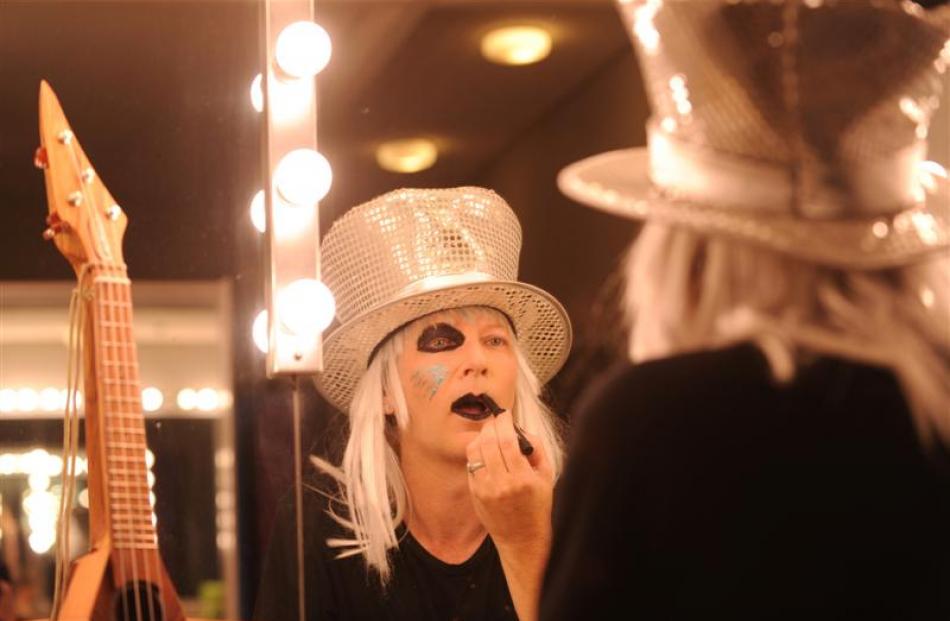 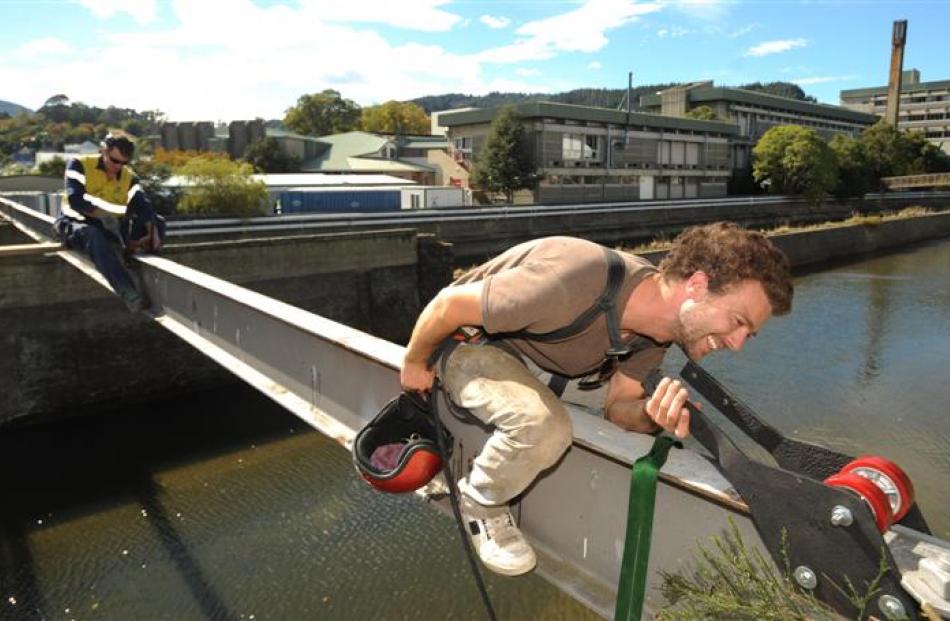 The final curtain comes down on the 2010 Dunedin Fringe Festival this weekend.

But first, there will be an explosion of glitter and inter-planetary pyrotechnics at Allen Hall tonight for one of the most eclectic and electric shows at the Fringe this year, Ian "Dr Glam" Chapman's The Glitter Show.

"It's going to be a visual extravaganza.

"I like to have lots of visuals, as well as music, so it will include theatre, dance and fashion," Chapman said.

"Performers will be coming out thick and fast, which will keep the audience guessing.

"The show has been getting increasingly theatrical since Dr Glam first appeared three years ago.

"I'm always striving to be weirder and more colourful than before."

Chapman, who is a University of Otago music lecturer, developed his sparkly alter-ego to demonstrate the power of reinvention to his students.

"I wanted them to grasp the transformational potential of developing a performance persona and the best way to get the message across was to use myself as a living model," he said.

"There's also a deep ethos behind it all.

"It's about reinvention and gaining confidence by improving yourself.

"I've got an enormous regard for the power of reinvention and transformation," Chapman said.

"Dr Glam was my escapist fantasy figure when I was 13.

"He's been around for a long time.

"Glam rock was the perfect fantasy world to escape the bad things in my childhood."

Chapman wrote a book last year about glam rock in New Zealand in the 1970s, Glory Days: From Gumboots to Platforms.

"That Dr Glam fantasy figure has flowed over into real life.

"It's been enormously carthartic - both the message and becoming the person you want to be."

Dr Glam will unveil his dark side at the show tonight - alter ego Thaddius Grime.

"Dr Glam is not capable of evil thoughts, so Thaddius has them all instead," Chapman said, grinning.

"It's my way of working through my dark thoughts."

The Glitter Show starts at 8pm at Allen Hall.

Also preparing for a spectacular send-off today is Dunedin Art School sculpture student Joseph Worley, who will be riding his "beam-crawler" across a disused walk bridge over the Water of Leith in the performance work Leith Crossing.

Worley built the beam-crawler from a recycled exercycle he bought for $5 at a junk shop.

"The beam-crawler is constructed in such a way that it can only travel in one direction.

It grabs and drags, so the event can only happen once," he said yesterday, while setting up the site.

"It was inspired by looking at old Buster Keaton movies, where he was on railway jiggers, and just at the way he'd interact with mechanical scenery.

"It's either a site-specific installation, or a half-hour long, temporary public sculpture," Worley said.

"It is fundamentally about mortality and fear.

"I'm going to be a bit nervous about it.

"Hopefully, everything goes all right.

"I imagine it'll be thrilling to watch."

Leith Crossing is on at 4pm today at the end of Reigo St.

Another special event this weekend will be Te Ngaru Hou at Puketeraki marae in Karitane, where contemporary Aboriginal dancer and choreographer Vicki Van Hout, from Sydney, and Ngai Tahu dancers Louise Potiki Bryant and Rachel Ruckstuhl will perform indigenous dances.

The audience will be welcomed on to the marae with a powhiri.

Te Ngaru Hou, which means "the next wave", is on at Puketeraki marae in Karitane at 7pm today and 2pm tomorrow.

The next wave after that is from the Fringe, as it waves goodbye for another year with the traditional awards night, tomorrow at 8pm at XII Below.

A coterie of secret judges has visited every event during the 11-day festival and awards will be presented to outstanding artists and acts.

Midday: Pick of the Fringe, Octagon.

8.30pm: Burlesque As You Like It Not a Family Show, Regent Theatre.

9pm: The Acoustic Fringe, The Empire.