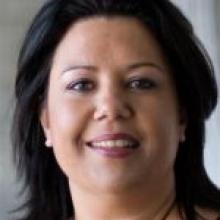 Paula Bennett
New Zealand has one of the most generous welfare systems in the world and it is ridiculous for people to claim crime is the only way to survive, Social Development Minister Paula Bennett says.

She was asked by the Otago Daily Times yesterday to comment following the second Dunedin District Court appearance in a week where a person admitted cultivating cannabis in order to make ends meet.

Earlier this week, a South Dunedin pensioner admitted growing cannabis with a potential sale value of $240,000 because he said his pension was not enough and he "needed the money to survive".

Maurice David Didham (72) had 200 four-week-old cannabis plants, with a potential street value of $240,000, growing in soil in his bathroom last August.

Didham said he needed money to survive because his pension was not enough.

Yesterday, 45-year-old Michelle Marie Ritchie admitted in the Dunedin District Court she grew cannabis to provide income for herself and her teenage son.

She told the court she was forced to grow and sell cannabis because she had no income and no job.

Police estimate she could have sold up to $15,000 of cannabis before her Brighton home was searched on December 2.

When asked to comment, Ms Bennett, who yesterday announced a rise in unemployment figures from 6.4% to 6.8%, said: "There is no excuse for criminal behaviour and the benefit system should not be used as a scapegoat.

"This country has one of the most generous welfare systems in the world, tax credits for low-income families and a range of organisations prepared to help those on low incomes to make ends meet, so claiming the only way to survive in New Zealand is to be a criminal, is ridiculous," she said.

"It's insulting to those who do manage to live on a benefit, to hear others claim they need thousands of dollars a year from drug deals to supplement their taxpayer-funded income."

For some people, their benefit was "gone before they got it" on money owed to Work and Income, court fines to the Department of Justice, and hire-purchase payments.

While the social agency did not condone criminal activities, there were certainly cases of "resourceful" beneficiaries trying to earn money from unlawful activities, she said.

"Some people manage on their weekly benefit and others don't."

Presbyterian Support Otago communication and fundraising director Lisa Wells said people struggling to survive on low incomes were coming up with "creative ways" to supplement their incomes. The agency had noticed a rise in people bartering goods and services, she said.