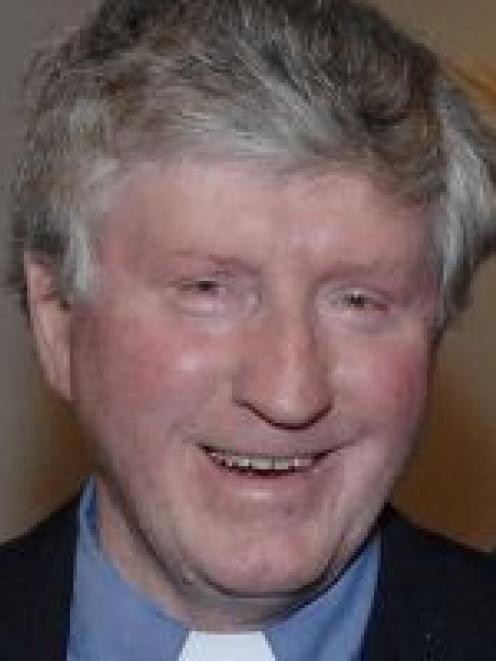 Colin Campbell.
The Bishop of Dunedin has urged local Catholics to oppose a new abortion clinic in Southland, which he says is part of a spreading "culture of death".

The Invercargill abortion clinic, due to open this month, has been strongly opposed by anti-abortion activists including local group Southlanders for Life.

In an letter to be read and published in all Catholic churches in the Dunedin diocese this weekend, Bishop Colin Campbell said the pleas of many concerned people had gone unheeded.

The letter has been criticised by abortion law reform activists, who say the comments further stigmatises and silences women who choose to have an abortion.

In the letter, Bishop Campbell said Catholic opposition to "the evil of abortion" was well-known and the church saw its as the greatest human rights issue confronting New Zealand today.

"As a Family of Faith we are opposed to all abortion and we must do all we can to prevent this culture of death spreading in our country," he said.

"Let us continue to pray and raise our voices in the private and public arena and in our wider community."

Bishop Campbell called on the Southern District Health Board and its management to reject a licence to perform abortions at Southland Hospital.

The board has been criticised over a lack of consultation on the issue, but has said it is satisfied with its approach.

"We would be very disappointed that somebody that high up in the church would use that position and use their beliefs to try to block access for all women," she said.

Dr Healey said without the clinic, Southland women would have to travel as far as Auckland to get an abortion.

"They were going to Dunedin or Christchurch and in some instances, depending on how far along they were, Auckland.

"So the fact that the Southern DHB has now made the decision that it's important that women be able to access these services locally has definitely been a positive step forward from our perspective - and hopefully for the women who no longer have to travel."

Dr Healey said it was not useful to create further stereotypes and stigma around what the association saw as an "integral part of reproductive health".

"These are not easy decisions that women make, but they make them because they feel that that is necessary given their particular situation in life.

"And to come out with such strong language like that, which pretty much accuses them of being murderers, is not very useful from our perspective, and really just further stigmatises and silences what is actually quite a common procedure."

The UN's committee on the elimination of discrimination against women said it was concerned abortion remained criminalised in New Zealand.

Women needed the go-ahead from two certified consultants before they could get an abortion, which "nullifies their autonomy", and some women were undergoing illegal abortions that were often unsafe.

The committee called on the Government to review abortion law and practices with a view to ensuring women's autonomy to choose, to prevent women from having to resort to unsafe abortions, and to remove "punitive provisions" imposed on women who had an abortion.

Women's Affairs Minister Jo Goodhew said she had received the draft report earlier this week and would consider its recommendations.