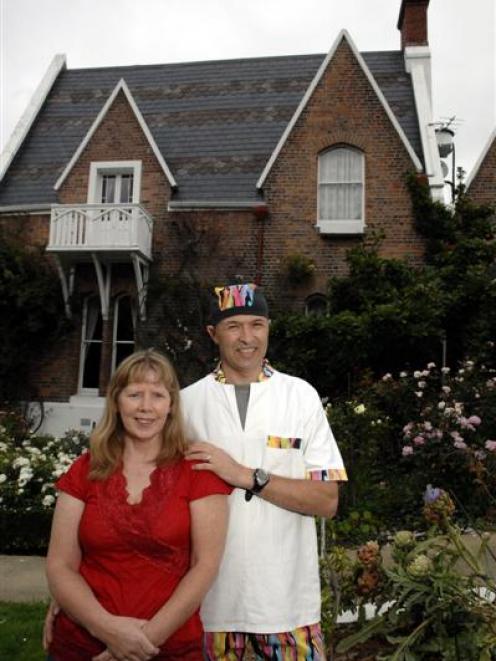 Olivia Richmond-Johnston and Alan Johnston in the garden of their B&B and restaurant, Lisburn House, in Dunedin. Photo by Linda Robertson.
Faced with an increased B&B rates bill and the expense of maintaining a historic home, a Dunedin chef has opted to work on fishing boats in the Antarctic to make ends meet.

It was a Valentine's Day to remember for Olivia Richmond-Johnston, after she was reunited with her husband Alan Johnston, who had just spent the past three months in search of the Patagonian toothfish in Antarctic waters. 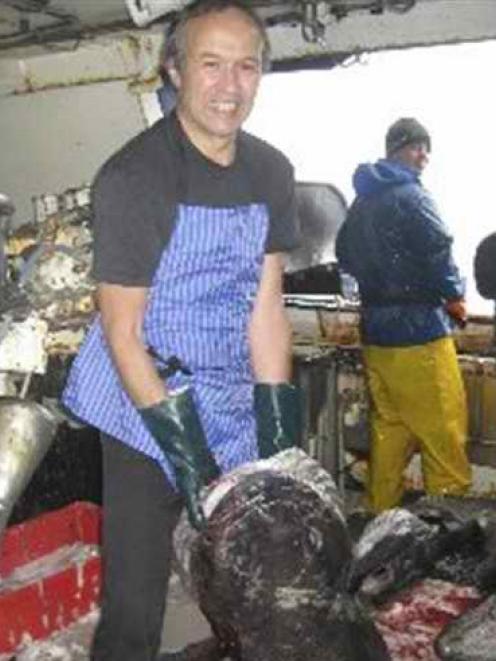 Alan Johnston during his time as cook on the vessel Janas while fishing for Patagonian toothfish in Antarctic waters. Photo supplied.
The owners of Lisburn House - a 146-year-old Historic Places Trust category one historic home - said they were left contemplating their future following a dramatic change to their rates last year.

With their classification going from residential to commercial, rates went from $3600 to $9000.

In order to return to a residential classification the couple plan to close their five-table restaurant in May and were considering selling the property, which they have owned for the past decade.

"This business has been very successful, but we just can't sustain that sort of increase," Mrs Richmond-Johnston said.

The couple were also anticipating their insurance costs would increase following a review in the aftermath of the Canterbury earthquake.

In November, Mr Johnston accepted an offer to cook on New Zealand longline vessel Janas, so the couple could pay their rates, mortgage, and meet the continual costs of living in a historic home.

Mr Johnston said he was last on a fishing vessel as a 17-year-old galley hand based out of Dunedin, and it was an "amazing" experience to return nearly three decades later and witness whales, penguins and colossal squid in the Antarctic.

Changing from being an a la carte chef at the couple's B&B, to cooking for 22 crew was a "different" experience, with simple home cooking preferred over any culinary flourishes.

Mr Johnston said he soon found his sea legs, and became used to rising at 2.30am to cook breakfasts, but cooking in heavy swells was a daily challenge.

"I lost count of how many times I burnt myself."

A chilling reminder of the dangers at sea occurred late last year when his vessel went to the assistance of a Korean deep sea fishing vessel and he saw floating lifejackets still in their plastic wrappers.

Twenty-two crew from Korea, China, Indonesia, Vietnam, the Philippines and Russia died when their vessel sank in calm conditions.

Despite the difficulties of the couple being separated, particularly over the peak period for the B&B, Mr Johnston left again yesterday on another two-month fishing trip.

"I started my career at sea and I think I will finish it at sea," he said.