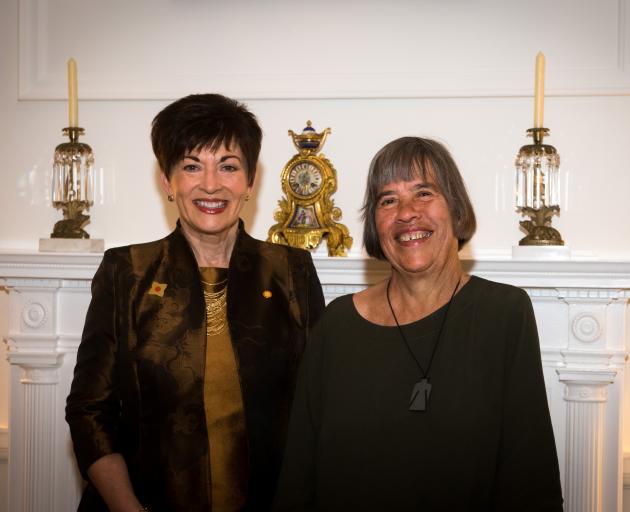 Dame Gillian Whitehead (77), of Harwood, has been awarded the Arts Foundation of New Zealand's highest honour, an Icon Award.

The award was presented to Dame Gillian by Governor-General Dame Patsy Reddy at an event also attended by the Prime Minister in Wellington last night.

The awards recognise senior artists for their lifetime achievements and are limited to a living circle of 20.

Each recipient of the award receives a medallion, which is presented to a successor at a future ceremony, and a pin, which the artist can keep forever.

At the ceremony, they were presented the medallions of architect Sir Ian Athfield, composer Jack Body, photographer Marti Friedlander, musician Peter Godfrey and artist, heritage advocate and teacher Cliff Whiting, by a family member representing each previous holder of the medallion.

Arts Foundation chairman Garth Gallaway said there were some artists who had a profound effect on the nation.

''The Icon Awards celebrates the achievements of those artists so that all New Zealanders can acknowledge our living greats and to learn more about their work and contributions.''

In her acceptance speech, Dame Gillian said being given the award had given her pause to think about the hundreds of people she had worked with over the years.

''So many have been prepared to go that extra mile and without these wonderful people there would be no composers.

''I am thankful, too, that I live in a young country, where there is so much musically still to explore, and in a country that has such a collegial composing community.

She also acknowledged her friendships with and debts to previous holders of the medallion she had now been given, the late Peter Godfrey, a musician, and the late Jack Body, a composer.

A piece by Dame Gillian, Hine Raukatauri, was played at the event.

Thirty-eight people, including Janet Frame, Margaret Mahy, Ralph Hotere and Sir Peter Jackson, have been honoured with the award.