Dunedin girl No 1 at Highland fling 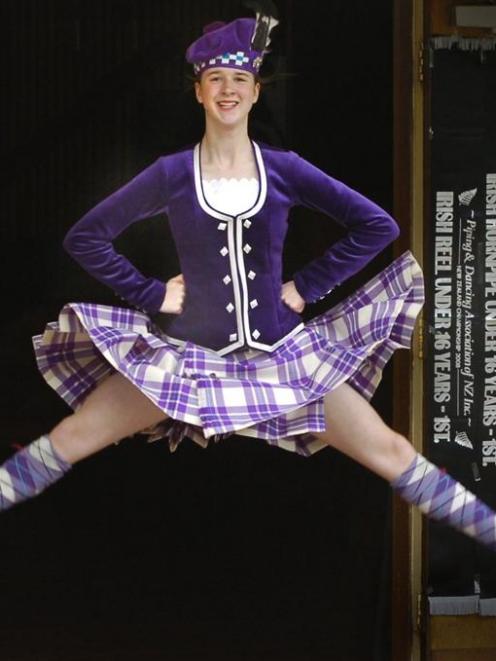 Rosa Sangster, of Queens High School, won three national titles and was fourth overall at the New Zealand highland championships last month. Photo by Jane Dawber.
In Highland dancing, it is said the Highland fling is the first dance you learn but the hardest to master.

But Rosa Sangster (14) is one young lass who can say she has accomplished the feat after winning first place in the under-16 class for the Highland fling, along with a horde of other prizes, at the New Zealand championships last month.

The placings, among 44 others in her section, meant she was placed fourth in New Zealand.

Rosa started dancing when she was aged 4.

She had been learning ballet until she saw Highland dancing and thought it looked "interesting and different".

Competing and travelling were what she enjoyed most about her dancing.

Her favourite dance was the reel o'Tulloch, because it was done in a team and was quite elevated, while her dancing trademark was performing three parallel leg jumps in a row.

Rosa and younger sister Serena (12), who was runner-up in the under-14 class in Palmerston North, are taught by Lynette Mitchell, of Mosgiel, and had been practising up to seven times a week in the build-up for the nationals.

While Rosa has a break over the next month to concentrate on NCEA exams, she will be getting back into her dancing shoes soon to prepare for an under-18 competition in Invercargill in March.