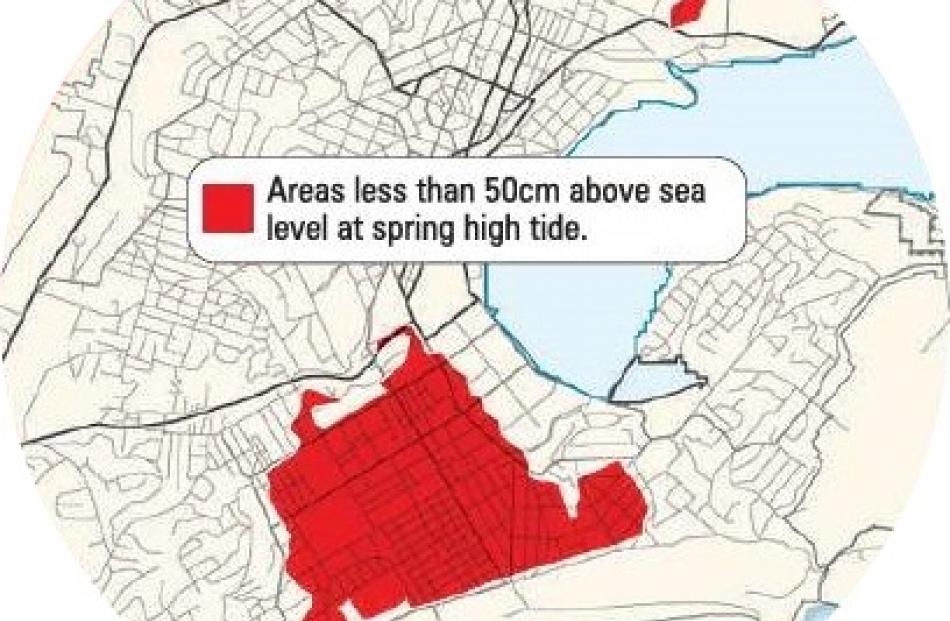 In the zone - a map of South Dunedin. Source: Parliamentary Commission for the Environment Report. 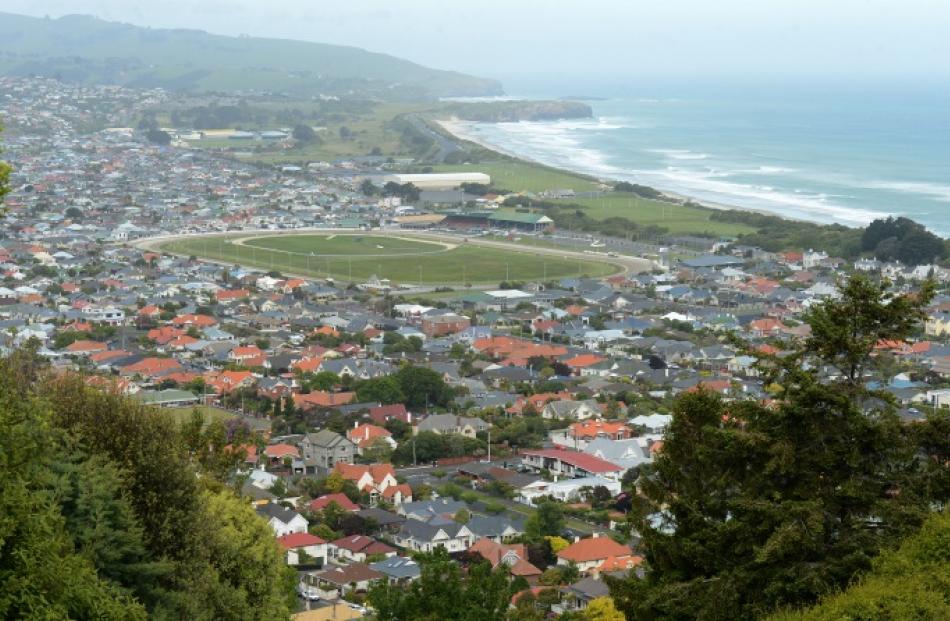 ''The part that shook me a little was that Dunedin was by far the most seriously affected centre in the country,'' Mr Cull said. 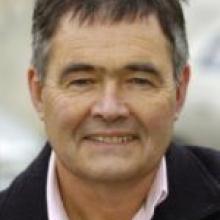 ''This is a challenge shared by communities all over the country. But boy, do we have it in spades.''

The Parliamentary Environment Commissioner's report, released yesterday, showed more than 9000 homes nationally were within 50cm of sea level at the high spring tide. Almost a third of those (2683) were in Dunedin.

Mr Cull was hopeful the report would push the Government to support councils as they worked to address sea-level rise.

The report signalled ''there may be funding required'' for councils from the Government as well as legislative changes to give local government more power to address the issues outlined in the report, Mr Cull said.

More direction from the Government to councils might also be necessary, he said.

''There's a feeling across local government in New Zealand that the central government needs to take a much more robust lead [on climate-change issues].''

That applied not only to addressing sea-level rise but other aspects of climate change, he said.

''Just a month ago, Local Government New Zealand issued a declaration urging the Government to set a much higher target for emissions mitigation at the [Paris climate negotiations at the end of the month].

''Local governments have been prodding the central government to recognise the seriousness of [climate change] and the impact it will have. This report will reinforce that.''

Mr Cull also said the report underscored the importance of addressing sea-level rise across the country, although he knew it would not be easy.

Some of the most contentious parts of the proposed second generation district plan (2GP) were those identifying the most ''flood-prone areas'' of the city.

''People are understandably nervous when their property is tagged as being in a hazard site, but the June floods and this report underscore why that's necessary.''

Options that have been floated in the past and were referenced in the commissioner's report included installing a $10million pump system and a $65million series of wells.

But all possibilities, including retreat from the most at-risk areas, were still being explored, Mr Cull said.

''There's a lot more research that needs to be done.''

Mr Cull added plans to deal with sea-level rise would not just affect South Dunedin, although that was where most of the at-risk homes were.

''If, for instance, parts of South Dunedin became untenable for habitation, that housing has got to go somewhere else.

''That has implications for our district plan, for our infrastructure plan and for how we see the city growing into the future.''

Dunedin South MP Clare Curran said she hoped the report would spark a conversation with South Dunedin residents about what needed to be done.

''They're a stoic, sensible community,'' she said.

''They just want to be part of the discussion.

''And they want to feel as if their lives and futures are being taken seriously.''

From a national perspective, environmentalist and University of Otago Emeritus Prof Sir Alan Mark said the report was ''wonderful''.

''It's extremely comprehensive and very well-considered,'' he said.

''Not to create panic, but to create a clear message to central government that they have a major responsibility on their hands here.''

If politicians ignored the report, it would be ''to their peril'', he said.

''It's putting real pressure on the Government to address [sea level rise as a result of climate change], which is one of the major issues that will affect not only New Zealand but all countries with coastal areas.''